The Clemson Tigers won their fourth straight tournament claiming a convincing win at the Furman Intercollegiate. The victory at Furman was also the fourth win in the tournament for Clemson. The Tigers also won the event in 2010, 2011 and 2012. When the Tigers won at the Cleveland Golf […]

Tigers and Novak lead at Furman

The Clemson Tigers shot their way into the lead after 36 holes at the Furman Intercollegiate. The Tigers shot a 12-under par round of 276 for a two-day total of 20 under par. Clemson is trying for their fourth tournament win in a row and has an 11 […]

Nine high school teams from Georgia played very solid golf for two days and topped the nine teams from South Carolina to win the annual Georgia-South Carolina High School Cup Invitational at River Falls Plantation. The team from Georgia which included many of the top teams in the state jumped […]

The 2017 Clemson Tigers became the first team in the 87 year history of the golf program to record three straight tournament wins. Clemson pulled ahead of Virginia on the final nine holes and won the Cleveland Golf Palmetto Intercollegiate at the Palmetto Golf Club in Aiken. The Tigers […]

The Gaffney Indians are making a strong case for a being a contender for the AAAAA High School golf championship. The team won their second straight spring tournament victory by winning the Byrnes Rebel Invitational. The win at the Byrnes event paired with a victory in the Red Raider […] 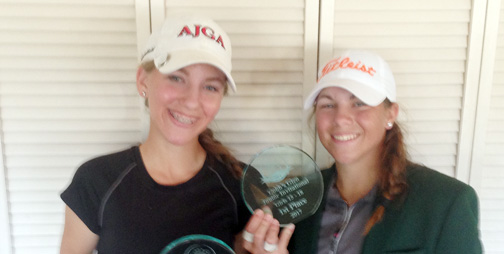 The Junior golf season for 2017 began at the Cobb’s Glen Invitational in Anderson. The tournament has been the unofficial start of the spring season for juniors from around the state for the last 16 years. The 36 hole championship has attracted many top golfers who have gone […]