College golfers head back to school in the next week and there is a new coach in charge of the Clemson women’s golf program. Clemson is hoping Kelley Hester can do the same things for the Tiger’s women’s golf team that she was able to do at Furman. […] 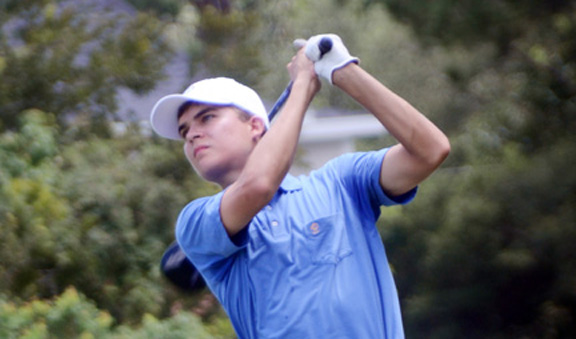 Carson Young chipped his way to a second SCGA Amateur championship. The rising senior at Clemson shot a solid 2-under par 70 to hold off 2014 champion Andrew Novak. “It feels great to win,” said Young. “The last win I had was three years ago in this tournament […]

Carson Young and Andrew Novak both know what it takes to win a South Carolina Amateur Championship. Young won his SCGA title in 2013 and Novak won his championship a year later. Young will go into the final round with a two shot lead over Novak as the […]

College, high school, the Olympic and Ryder Cup teams all wear uniforms on the golf course, but only the PGA Junior League has numbers on theirs. Several years ago, the PGA did some research and found they were losing many potential young golfers to other sports. Little League […]

It started out as a golf tournament and turned into a marathon at the Greater Greenville Ladies Golf Association’s Championship played at Carolina Springs. Lea Venable earned her fifth Greenville County championship by outlasting Christ Church High School golfer Peyton Gillespie in a ten hole playoff. The Greenville Country […] 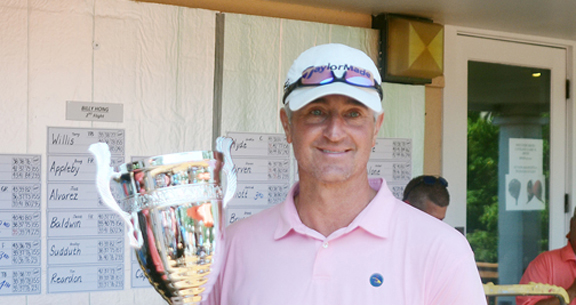 Yancey Johnson finished his final round in the Greenville County Amateur with a two shot lead over the field. When his friends tried to congratulate him, he told them that it was too early for any congratulations. “I tried not to take it for granted because you never […]

Kevin Roberts played three great rounds of golf and dominated the Coca-Cola Spartanburg County Amateur at Woodfin Ridge. His three day total of 199 is believed to have set a new record for the 54 hole event and earned Roberts his second county championship. Roberts finished with a […] 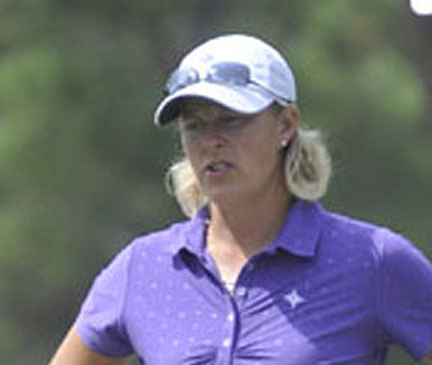 Clemson has named Furman women’s golf coach Kelley Hester as their new women’s golf coach. The official announcement was made Friday morning by Clemson. Hester will replace JT Horton who was dismissed after his third competitive season leading the Tigers program. Hester began notifying her Furman players of […]

Corbin gets first SCJGA major title at The Blade

Woodfin Ridge junior golfer Harrison Corbin shot a final round 4-under par 67 to win The Blade Junior Classic at Thornblade Club. The Boiling Springs High School golfer birdied three of his last four holes to finish at 3-under par for the tournament and one shot in front of […]