Upper State and Lower State tournaments do not hand out trophies, plaques, ribbons or medals. The top eight teams win a ticket to their classification state finals which will be played on May 13th and 14th around the state. AAA The  Woodruff Wolverines had a goal at the […]

Eastside and Faulconer win at Wren

The Eastside Eagles had to knock a little rust off their game in the first round of the Hurricane Inviataional. The team had recently returned from their spring break to play in the event at Southern Oaks. Many of the teams playing in the field of 22  were […] 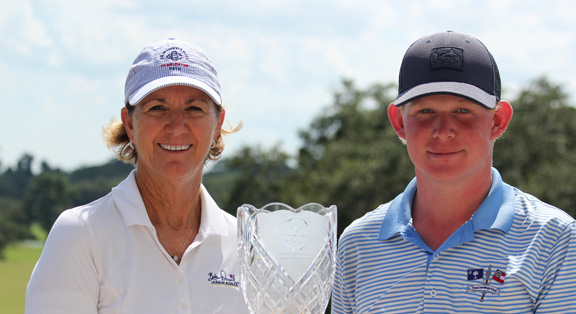 Brandon Masters started the final round of the Beth Daniel Junior Azalea five shots behind the leader and had nine golfers between him and first place. Masters birdied three of his first five holes to catch the leaders and then left them behind as he closed out his […]

When Daniel Azallion stepped up to the first tee in the final round of the SCGA Junior he thought he was in perfect position to win the championship. After taking the opening round lead with a 7-under par 65 the Hilton Head golfer ballooned to a 75 […]

Crenshaw takes the lead at the SC Junior

Trey Crenshaw could have easily decided the second round of the South Carolina Golf Association Junior championship was not going to be his day. His first shot on the first hole of the second round ended up in a divot. “I made a bogey and it wasn’t a […]

The most recent South Carolina High School coaches poll had the Wren Hurricane ranked third among AAAA teams in the state. Myrtle Beach and Eastside are ranked ahead of Wren, but the Hurricanes are looking like a team to be reckoned with when the state  playoffs begin in […]