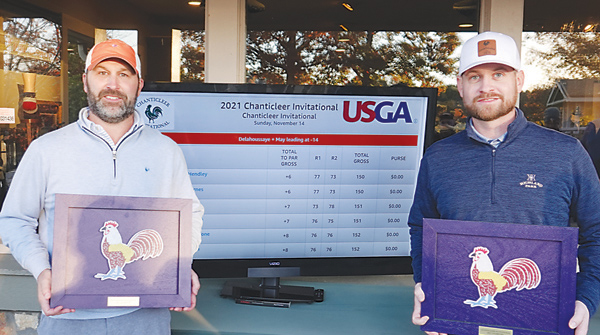 Delahoussaye and May win Chanticleer Invitational

The Chanticleer Invitational began eight years ago at the Greenville Country Club course. The first few years it was won by club members as the competitors tended to be from the upstate. While the majority of golfers are still from the area, the quality of the competitors has […]

The first time Brent Delahoussaye and Charles Warren had the lead at the SCGA Four-Ball championship was when their final putt dropped in the hole. The two former Clemson golfers battled back from being 2-down early in the match to get even and stay even with Jay MacAllister […]

Hear from Brent Delahoussaye and Stephen Poole and see the putt that won the 2019 Chanticleer National Four-Ball championship. Poole and Delahoussaye win at Chanticleer The first tee at the Greenville Country Club’s Chanticleer course looked like a driving range as four two-man teams began a playoff for […] 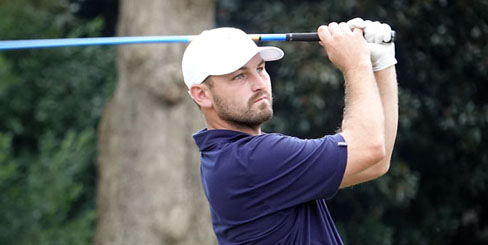 Kyle Bearden has the lead going into the final round of the SCGA Mid-Am championship at the Grenville Country Club. Bearden followed up his opening round 65 with a second round 66 for a 131, 11-under par total. The former Winthrop University golfer has a two shot lead […]