The 8th ranked Lady Paladins opened their spring season by leading the first round at the Moon Golf Invitational in Melbourne, Florida. The Furman team shot a two-round total of 1-under par to hold a 5-shot lead over Augusta at the Duran Golf Club. Alice Chen is tied […]

Weather forces NCAA to cancel round

The NCAA Women’s championship survived bad weather in the first round, but the tournament was not as lucky the second day. Lightening and heavy rain at first forced a delay and eventually the cancelation of the second round. The tournament had been scheduled to include 72 holes of […] 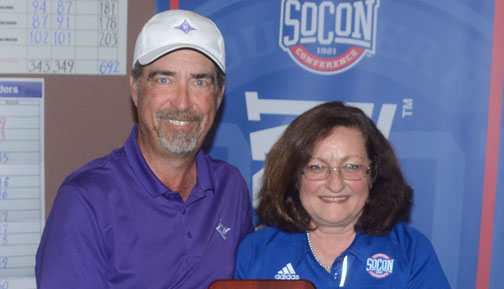 The 10th ranked Furman Lady Paladins shot an 8-under par opening round to hold a 20 shot lead over the field at the SoCon Women’s championship being played at The Country Club of Lexington. Furman golfers Alice Chen and Natalie Srinivasan are tied with Loy Hee Ying of East Tennessee […]

College golfers head back to school in the next week and there is a new coach in charge of the Clemson women’s golf program. Clemson is hoping Kelley Hester can do the same things for the Tiger’s women’s golf team that she was able to do at Furman. […]