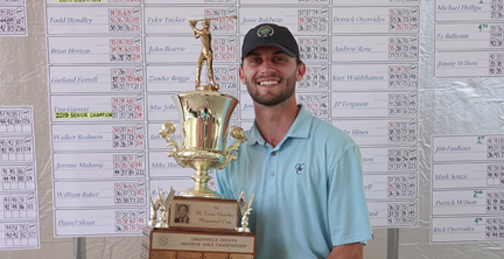 Hear from 2019 Greenville County Amateur champion Cole Patterson after his victory in the 52nd annual championship. Cole Patterson has come close to winning tournaments more times then he cares to remember. He can remember a top five finish that should have been a win and a pair […]

The top of the leaderboard at the Greenville County Amateur had some big changes after the second round of the championship being played at the Fox Run Country Club. A pair of former college golfers hold a one shot lead over the field. Defending champion Danny Brock, a […]

The 2018 South Carolina Golf Association player of the year has a share of the lead after the first round of the Greenville County Amateur Championship. Robert Lutomski. who was honored as the state player of the year last year and future Limestone golfer Walker Redmon each shot […] 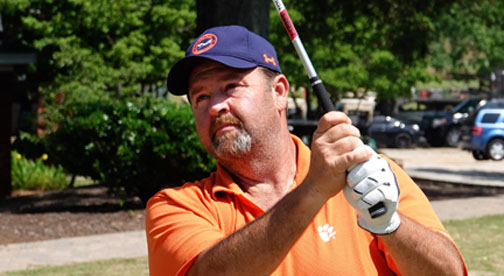 Patton is back on the tee

Interview with Chris Patton     It has been 14 years since Chris Patton has had a golf club in his hand and an official scorecard in his pocket. This week the 1989 US Amateur champion is making a return to the game of his youth. He has […]

Emily Rapp has won the last three Greater Greenville Ladies Amateur championships she has played. However, there was a nine year gap between her second and third victory. Rapp returned to the tournament and the top of the leader board with two record setting rounds at the 2015 […]