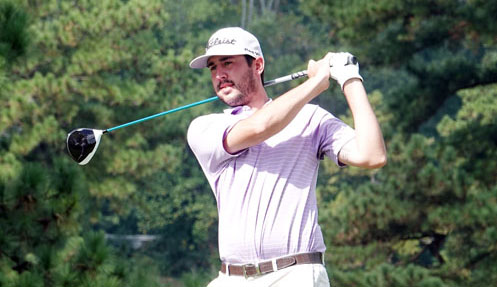 Danny Brock shares the lead after 36 holes at the Greenville County Amateur. Brock will be trying to become the first back to back winner since 1993. (GolfClub File Photo)

The top of the leaderboard at the Greenville County Amateur had some big changes after the second round of the championship being played at the Fox Run Country Club.

A pair of former college golfers hold a one shot lead over the field.

Defending champion Danny Brock, a former USC Upstate golfer, shot a second round 4-under par 68 to go along with his first round 2-under par 70 to earn a share of the lead at 6-under par 138.

Brock is joined by Presbyterian grad Cole Patterson in the lead after 36 holes. The former Blue Hose golfer also stands at 6-under par 138 and is the only golfer in the field to post two sub-70 rounds.

Patterson opened the tournament with a 3-under par 69 and matched his first round score in Saturday’s round.

First round co-leaders Robert Lutomski and Walker Redmon fell off the pace with over par rounds. Lutomski finished at 5-over par 77 to drop back into a tie for 17th place at even par 144.

Redmon carded a 1-over par 73 to drop from first place into a tie for forth place. 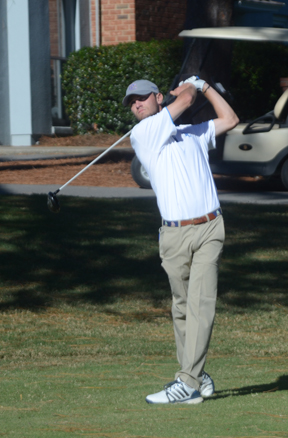 Recent PC grad Cole Patterson shot identical rounds of 3-under par 69 to share the lead going into the final round. (GolfClub File Photo)

2013 champion Todd Hendley shot a second round 2-under par 70 to move into a second place tie with Brian Horton at 139.

Two other former champions are within striking distance of the leaders. Two-time champion Tim Garrett and 2006 winner Garland Ferrell are tied with Redmon for fourth place.

The best second round score was posted by Daniel Sloan who shot a 5-under par 67 to move into a tie for eighth place.

Brock will attempt to be only the fourth golfer in the 52 year history of the championship to win back to back titles. The last back to back winner was 4-time champion Mike Gravley who won consecutive titles in 1992 and 1993.

The lead group of Brock, Patterson, Hendley and Horton will start on the 10th tee at 1 pm on Sunday.