Gracyn Burgess shot a second straight round of 1-under par 71 to keep the lead at the WSCGA Junior championship being played at Wescott Plantation in Summerville. The rising senior and future Clemson golfer now has a three shot lead with the final round coming up on Friday […] 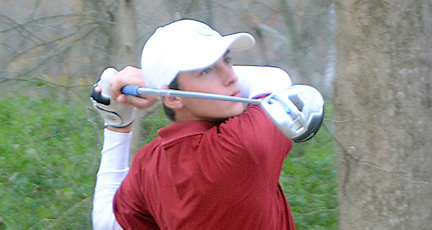 Gaffney’s Cody Transou has a two shot lead after the first round of the Grant Bennett Florence Junior Invitational. The Gaffney High School golfer shot a 5-under par 66 carding 5 birdies and an eagle to go with a pair of bogeys. Two golfers are tied for second […]

Trent Phillips has added another honor to his list of accomplishments. The rising senior at Boiling Springs High School has been named to the USA Today All-Star Boys team. Phillips was named to the second team. The USA Today Boys player of the year was Phillips last victim […]

Gracyn Burgess was the only golfer to finish under par in the first round of the WSCGA Girls Junior championship. Burgess carded a 1-under par 71 to have a one shot lead in the championship being played at Wescott Plantation in Summerville. The future Clemson golfer leads Christ […]