Next to the SCGA Junior Championship the Grant Bennett Florence Junior Invitational is a championship to headline any Palmetto State juniors golf resume. Walker Jennings now can put the victory at the top of his list of wins as the Greenville golfer shot 3-under par rounds to win […]

The two big junior tournaments going on in South Carolina this week saw one event’s first round leader keep the lead and in the other a new leader took the top spot as both tournaments get set for the final round. In Myrtle Beach at Arcadian Shores Chesnee’s […]

Sam Jackson played what he called a boring round of golf in the second round of the Festival of Flowers Championship at the Greenwood Country Club. “Fourteen pars and 4 birdies, nothing really special just kind of a boring 68,” he said. Jackson’s boring round included recovering from […]

A first for The First Tee

The First Tee is best known for developing young golfers character through the game. The emphasis on the nine core values helps make The First Tee different from most other junior golf programs. But that does not mean the kids are only developing skills for life away from […]

Most young golfers can only dream of winning a big tournament with a birdie on the last hole, but Rowan Sullivan won’t have to dream about it, because he did it. The rising junior at Porter-Gaud in Charleston rolled in a three-foot birdie putt on the final hole […]

Trent Phillips has won big tournaments at every level he has played. He was an 8-year old World Champion, a South Carolina junior champion, a high school champion, an amateur champion and a college tournament champion. With all those wins, his victory this week at the prestigious Sunnehanna […]

Sometime around 1979 or 1980 Jackie Seawell bought a green passenger van. SUVs and vans had not taken over the highways back then, but it looked like a good investment for the Seawell family. It wasn’t just a family vehicle for Jackie and Claire along with the kids […] 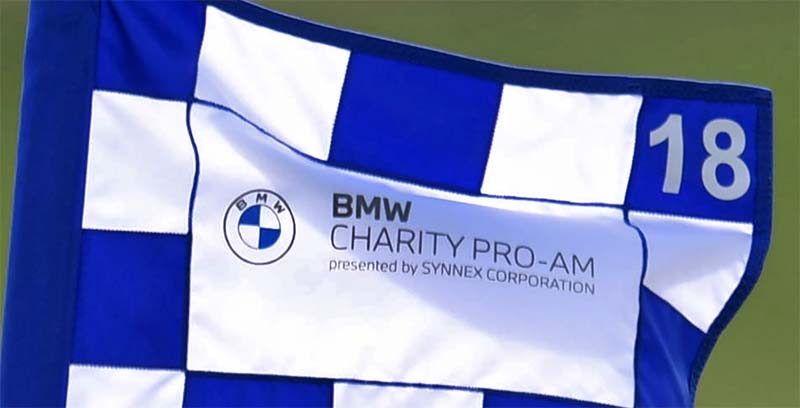 Golf and fun at the BMW

You don’t get a car for winning the BMW Charity Pro-Am you just get a steering wheel trophy. Mito Pereira won’t mind because his win at Thornblade sends him up to the PGA Tour. (BMW Pro-Am photo) With Pereira’s win at the BMW tournament he will now make […]