Novak and Kelly set for final round

The opportunity for full time play on the Web.com Tour is in reach for both Andrew Novak and Sean Kelly. The two area golfers enter the final round of the Web.com Q School tournament on Sunday. Both golfers took a step back from outstanding second rounds with their […]

Kelly and Novak move up at Q School

Former USC golfer Sean Kelley shot a 9-under par 63 to move into the top-10 after the second round of the Web.com final Qualifying tournament in Chandler, Arizona. Kelly moved up 45 places after opening the tournament with a 1-under par 71. Wofford grad Andrew Novak did a […]

Wofford grad Andrew Novak is one of 144 golfers attempting to gain full time status on the Web.com Tour for next season. The final stage tournament is being played at Whirlwind Golf Club in Chandler, Arizona. Novak opened the Q-School final with an even par round of 72 […] 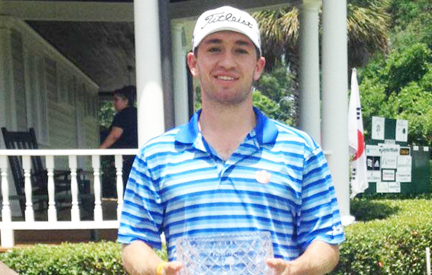