Thompson gets his PGA Tour card

Kyle Thompson has accomplished one goal this season and there are still more opportunities ahead for the USC grad. Thompson got his PGA Tour card as a member of the top-25 on the Web.com Tour. He finished seventh in the season long points race and will return to […]

Biershenk and Graham repeat at “The Earl”

The friendly confines of Saluda Valley Country Club were especially cordial to a pair of golfers who had success on the course before. The two winners of the Earl Wooten Memorial had repeat success, but both needed an extra hole to defend their titles. Robbie Biershenk won “The […] 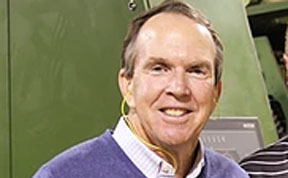 “I don’t think there was a day in his life when he didn’t pick up a golf club,” said Country Club of Spartanburg Director of Golf Tom McAllister,  “He had putters all over his office and golf was a big part of his life,” said the pro. Robert […]

If one Todd in a golf tournament usually means a place on the leader board, two Todds this year has meant  a win. Walter Todd and his nephew Thomas Todd teamed up to shoot a final round 65 to claim the SCGA Mid-Am Four-Ball championship at Prestwick Country […]

Like the football team does after important road wins, Doc Redman might want to pick up a little turf from the 10th hole at Riviera. The rising Clemson sophomore won his way into match play on the 10th hole and in the final match won the US Amateur […]

Redman makes quarterfinals at US Am

Clemson’s Doc Redman is the highest seeded player still in the hunt for the USGA Amateur championship. After stroke play qualifying Redman entered the main draw as the 62nd seed. With 64 golfers in the match play bracket Redman has defeated the 3rd, 35th and 46th seeded players, […]

Todd Hendley will have to rearrange his golf resume and maybe his trophy case. He has won a championship that belongs at the top of his list of accomplishments. Hendley won the Senior North-South Amateur at Pinehurst. The 66th annual event is one of the top Senior Amateur […]

This is the first top 10 rankings of the 2017 Fall Season.  Teams were ranked based on previous season’s finishes, returning players at the respective schools, and off season tournament results that were in the media or supplied to the SCHSGCA. Rankings are issued each month during the high […]

The girls high school golf season opens in the next week and six teams got together at Paris Mountain Country Club to preview the upcoming season. High School boys teams have several pre-season tournaments to play before region competition begins and the new tournament is designed to give […]

Redman advances at US Am

Clemson rising sophomore Doc Redman knocked off the third seeded golfer in a round of 64 match at the US Amateur. Redman made the field of 64 after winning a spot in an 8 for 13 playoff before the round The Raleigh, NC golfer was seeded 61st in […]