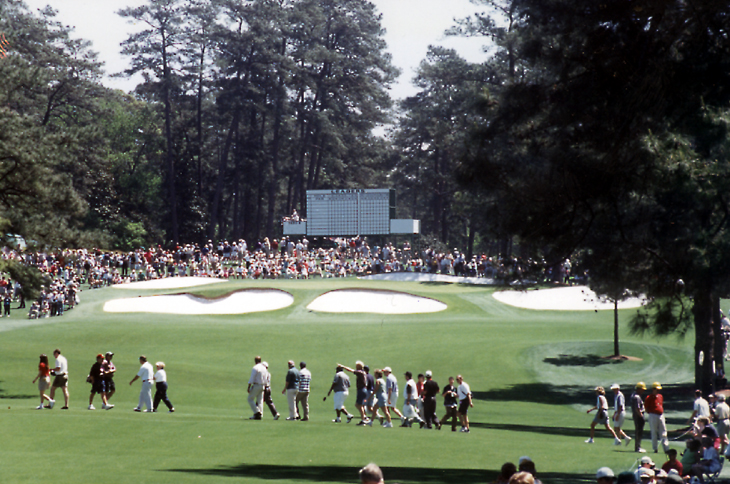 The Masters was scheduled to be played this week, but was postponed. The new date for the tournament is November 12th – 15th. (GolfClub File Photo)

With no live golf to follow or report it seemed like a good time to dust off the old memories and relive one of the greatest moments in the game I was privileged to see.

In the April edition of The Golf Club I have often tried to tell the stories of local golf fans and their experiences at Augusta.

Taking the easy way out this year I thought I would share the best experience I ever had covering the event for dozens of years.

Every sports fan has a ranking of the greatest sports events they have witnessed. Many can only put that list together as a TV viewer, while some of us can build our list from actually being there. 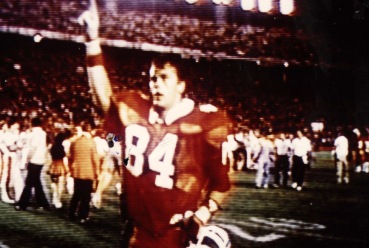 As an aging sportswriter and broadcaster,  my top three all-time greatest events tend to show my age, but even though a lot of years have passed and hundreds of other events have been witnessed nothing can dent the list.

I was fortunate enough to have been on the sidelines at the 1982 Orange Bowl when Clemson won its first national football championship after the 1981 season.

The lasting memory from that night in Miami is the picture of an exhausted Bill Smith, a Clemson defensive lineman, walking off the field with his hand raised and one finger pointing up.

My second best sports memory is filming the end of the 1976 Daytona 500 from the infield tower.

If you don’t remember or weren’t born yet, Spartanburg’s David Pearson and King Richard Petty crashed in the last turn of the last lap. 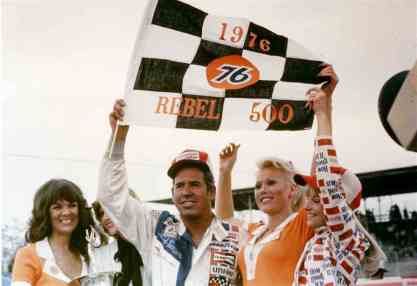 Pearson somehow kept his car running and limped across the finish line.

I captured the finish on film, but what sticks with me to this day is the crowd was roaring so loud at the end of the race I could not hear the engines.

But the best memory was standing above the 18th green at Augusta when Jack Nicklaus won his sixth Masters. Nothing will ever top that for me.

In the days before the Internet, social media and ESPN,  covering the Masters was much different. You had to witness most things for yourself.

The final round on Sunday of the 50th Masters would include all the biggest names in the game taking a shot at winning a green jacket.

Nick Price shot a blistering 63 on Saturday to  be one shot behind Greg Norman for the lead going into the final round. Price and Norman would be the last off the tee on Sunday and it was reasonable to think one of those two would win.

Without the help of ESPN, most reporters would pick an early pairing and walk the course with that group.

In my case I followed Greenville’s Jay Haas. Haas had opened the tournament with a 4-over par 76, but fought his way back to even to start the final round.

Haas and Ben Crenshaw were paired together. Haas had finished fifth the year before and Crenshaw had won the Masters in 1984.

Greenville’s Jay Haas shot the second best final round in the 1986 Masters carding a 67 and shared the lead on the back nine.

Haas worked his way around the course to post a 67. He was tied for the lead around the middle of the back nine and when the final scores were posted his 5-under par final round was second only to Nicklaus and earned him a tie for sixth..

After finishing the round with Haas, the usual way many reporters covered the tournament was to head back to the press area.

CBS, which televised the final round, would have a practice run-thru an hour or so before they went on the air.

The practice session was piped into the press area so you could see what was going on the parts of the course The Masters allowed to be broadcast.

Only older fans may remember that Augusta was the last of the majors to allow live coverage of the entire 18 holes. I don’t remember if they broadcast the final nine holes or just a portion of the back nine that year.

In the press area there were giant leaderboards. They were not electronic instead they were manned by volunteers  who put up the red, green or black numbers on each hole.

The Masters uses the same scoreboards today on the course, which adds to the tradition of the tournament.

Most of us were waiting for the live television broadcast to come on the air and enjoying a pimento cheese or egg salad sandwich.

Here is a little secret that should be obvious to most everyone. When you are covering a golf tournament you can’t see everything yourself.

Getting back to the press area to watch the coverage was the only way to get a full perspective on the flow of the tournament.

Nicklaus had already started his charge on the back nine when the TV broadcast began. I can’t remember if they showed some first nine highlights or I saw them years later on a tape, but it was obvious that “the bear” was in the hunt.

When he bogeyed 12 there was a large groan in the press area, because many of the writers had already started formulating a story about the “aging bear coming out of hibernation.”

Nicklaus eagled 15 to tie for the lead in the final round of the 1986 Masters.

It is good to point out something I have learned in my many years as a reporter. Most press people don’t root for a player, they root for the story.

Nicklaus was 46. Newspaper headlines on Sunday doubted whether he could win. His last win at Augusta was 11 years earlier and his last major was six years in the rear view mirror.

It looked like the story everyone wanted to write would not happen, but then Nicklaus got back to posting red numbers on the scoreboards.

He birdied 13 and parred 14 to close in on Seve Ballesteros.  Tom Kite and Greg Norman were also around the lead when Nicklaus moved to the front.

An eagle on 15 and a birdie on 16 gave the five-time winner the lead.

A Ballesteros bogey on 15 dropped the 2-time winner back. A birdie on the same hole by Kite tied him with Ballesteros.

Kite parred in from there while Ballesteros added a bogey on 17 ending his chance for a third green jacket.

Everyone in the press area was glued to the TV monitors. There even was cheering when Nicklaus hit his approach on the 16th.

When he made the short birdie putt the writers picked up where they left off on the “bear out of hibernation story.”

Jack Nicklaus holes his birdie putt on #17 in the final round of the 1986 Masters.

As we all watched, Nicklaus rolled in an 18 footer on number 17 and CBS announcer Vern Lundquist made the most famous call in golf.

“Yes sir” he called out as the putt dropped in. https://www.youtube.com/watch?v=6X9-LRZNM60

At that point almost everyone in the press room had the same idea. The place emptied in seconds.

There is supposed to be no running at Augusta, but old and young press guys moved as fast as they could to get to 18 to see the finish.

I got there in time to see Nicklaus walk up with his son Jackie, who was his caddie as they approached the green.

We all saw him miss his birdie putt and settle for a par, hug his son again and walk off the green to a thunderous standing ovation.

All the writers wanted it to be over, but the big scoreboard on 18 was putting up red numbers for Norman.

A few of us noticed that Norman had gotten back on track after his bogey on number 10.

Norman was in the middle of a birdie streak that would see him tie Nicklaus with his fourth straight birdie on 17.

Nicklaus was rushed off to Butler Cabin by the green jackets, so we stayed to see if Norman could tie or win on the final hole.

His second shot strayed into the gallery and he finished with a bogey. One of what would be a long series of heartbreaking misses for “the Shark.”

Nicklaus came back for the green jacket ceremony. Bernhard Langer put it on him. It was the sixth time he won the jacket and it would be the last time he won a major.

Nicklaus just turned 80 and has been interviewed many times about his great career and he, like so many of us views, the 1986 Masters the same way. The best ever.

1985 Champion Bernhard Langer puts the green jacket on Jack Nicklaus after his sixth win at the Masters.

If somehow you had the misfortune of not being born yet when the 86 Masters was played. You can see it for the first time or relive it another time on You Tube.

All the golf on TV now is replays so why not invest your time in watching a classic.https://www.youtube.com/watch?v=vbsVaBDRtBI

The entire final round broadcast is online and I am certain when you see it you will agree with me that Nicklaus’s win at the 1986 Masters is the most memorable Masters of all time.