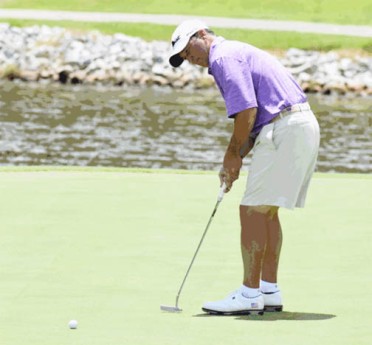 Medalist Todd White won his second round match in 19 holes to advance to the semi-finals. (CGA Photo)

White finished the 36 hole qualifying portion of the championship at 11 under par, four shots better than anyone else in the field.

However, when match play begins every one is equal and White was tested in the first two rounds played on Friday.

“You have to look at each hole as its own separate tournament,” White said after earning medalist honors.

In the round of 32 White topped Will Sheppard of Mount Pleasant 3&2 and then defeated John O’Brien of Columbia in a match that went 19 holes.

Robert Lutomski of Simpsonville advanced to the semi-finals with two wins on Friday. (File Photo)

Sheppard was 1 up until the 18th hole at Carolina Country Club. His second shot found the water while White was able to finish with a birdie and send the match to an extra hole.

“I was just happy to be going to the 19th hole,” White said. “I knew there was life then and I just had to execute the shot,” he said.

White birdied the first extra hole to win the match in 19 holes. The victory sends the 49 year old Walker Cup veteran against Andrew Orischak, a University of Virginia golfer from Hilton Head.

Orischak won his opening match 1 up over USC Upstate golfer Matt Carter from Easley. He defeated Thomas Todd of Laurens 5&4 to advance to the quarter final match with White.

Defending champion and top seed Connor Bruns lost his opening match to Brandon Coggins. The Gaffney High School golf coach won the match 3&2 but was eliminated in the second round by Robert Lutomski of Simpsonville. 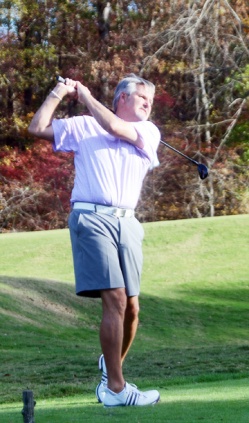 He defeated Jordan Thomas of Mauldin 1 up and then went 19 holes to get the victory over Jake Corn of Rock Hill.

Julian Keur of Summerville will face Parker Dudley of John’s Island and Brady Hinkle of Lancaster will match up with Limestone College golfer Nick Russell of Hilton Head in the other quarter-final matches on Saturday morning.

The winners will advance to the semi-finals which are scheduled to begin around noon at the Carolina Country Club in Spartanburg.