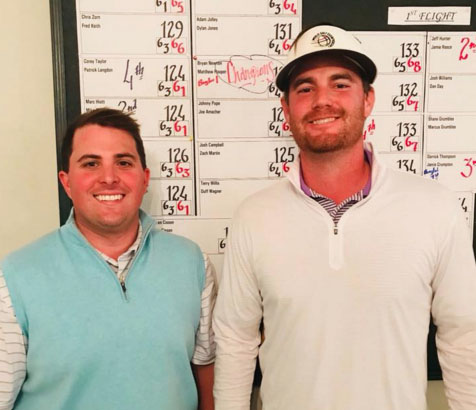 The team of Matthew Hooper and Bryan Newton won a playoff to claim the Pickens Texas Two-Man tournament title.

The Pickens Texas Two-Man tournament needed an extra hole before a winner could be determined.

Three teams tied for the lead after the first round.

In the second round the team of Matthew Hopper and Bryan Newton posted the best score of the tournament carding a 60 for the final 18 holes. The 12 under par round tied the team with the three first round leaders forcing a playoff.

It took only one hole for Hopper and Newton to make a birdie and win the tournament. The other three teams used a scorecard playoff to determine 2nd, 3rd and 4th place.