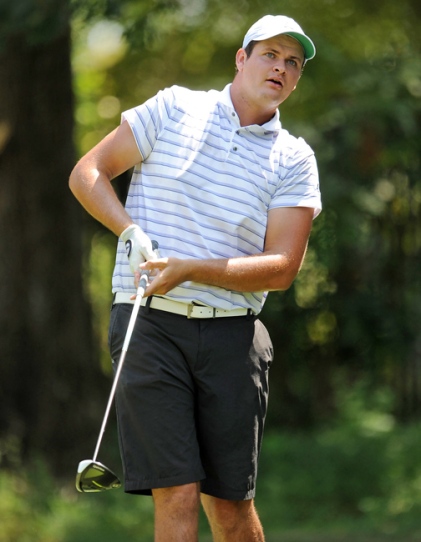 The Spartan’s junior topped what may have been the best field ever in the five year history of the tournament.

Forty-five college golfers from the area competed with the usual quality field of amateurs for the this year’s championship.

The Upstate golfer from New Jersey trailed first round leader Doug Ramey by a shot after playing what he called a boring round.

“My opening round was adequate,” said Bedell. “I had an eagle on number 6, but I just kind of cruised through the rest of the round. I had some chances and thought I could have been four under,” he said.

Ramey birdied the first hole in the final round which put Bedell two shots back, but the USC Upstate golfer made two birdies on the front nine to catch up with Ramey. 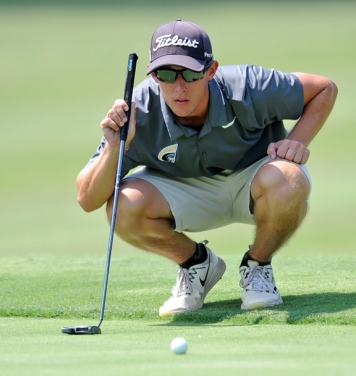 Limestone golfer Marc McCormack shot a final round 4-under par 68 to move into a tie for second. (Photo from Gwinn Davis Media)

North Greenville University golfer Austin Duncan stayed within a shot of the leaders at the turn.

Ramey struggled with a pair of bogeys to start the home stretch while Bedell put together a birdie barrage to take the lead.

Feeling in control, Bedell played the par 3, 17th hole a little conservatively. He pushed his tee shot to the far side of the green. His approach putt came up short leaving the leader a challenging 4 footer to save par.

On the final hole Bedell just needed to stay out of trouble to claim the victory.

“I think the adrenaline got hold of me and I flew the green. I had a good chip and made another short put to finish a good round,” he said. 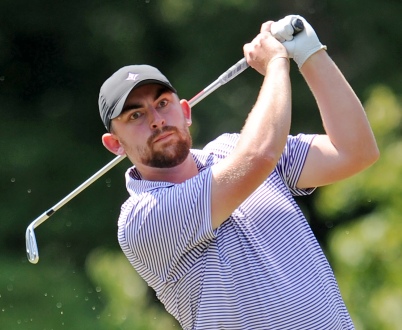 While Bedell was in the last group and finishing with a 9-under par total for the tournament the battle for the runner-up spot was playing out in front of him.

The top of the leader board was dominated by current college golfers. Only Furman assistant golf coach Todd Eckstein was able to break into the top five.

Eckstein, who played college golf at Davidson, shot a 3-under par 69 in the final round to also finish at 140.

“I didn’t know what was going on behind me, so I just wanted to put a good number up. Shooting 3-under gave me a chance if the leaders had any trouble,” he said. 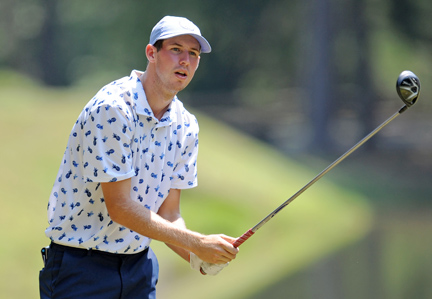 The two had company in the runner-up spot as North Greenville’s Seth Robertson shot his second straight round of 2-under par 70 to also finish at 140.

First round leader Ramey finished with a 1-over par 73 to fall into a fifth place tie with Anderson University golfer Jake Miller.

“There were a lot of solid players in the tournament and I really enjoyed playing the course. I’ve played against some of these guys in college tournaments. I’ve been on a winning  drought. I’ve been close a few times, but it is great to get a win especially over this field,” concluded Bedell. 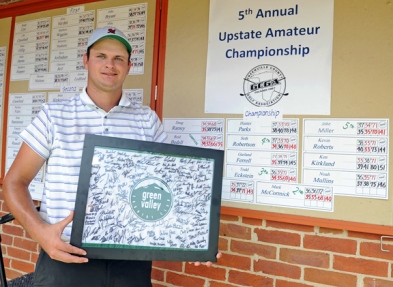 Reid Bedell shot rounds of 69 and 66 for a 135 total and a five shot victory at the Upstate Amateur. (Photo by Gwinn Davis Media)