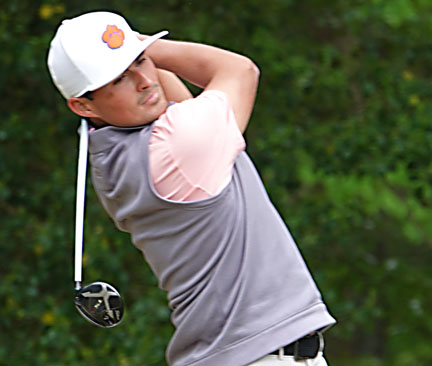 Clemson’s Bryson Nimmer got off to a hot start in the second round, but trouble on the back nine kept the ACC Player of the Year from doing better than posting a 1-under par 71.

The Clemson Tigers stayed at 10th place in the standings after the second round of stroke play at the NCAA championship in Arkansas.

Early in the day it looked as if Clemson would move up on the leader board as the Tigers got off to a very hot start on the front nine.

After a disappointing first round 79 Bryson Nimmer carded four birdies on his first nine holes to lead the Tigers up to temporary possession of fourth place.

However, the back nine turned out to be more difficult for the Tigers. Nimmer lost four of those shots he gained on the front nine to finish at 1-under par.

Kyle Cottam posted the second best round for Clemson with four birdies, but a pair of doubles on the back nine left him even at the end of the round.

Colby Patton had a triple on the 11th hole to hurt his round and left him at 4-over par for the day.

Jacob Bridgeman had an up and down back nine, but was able to finish at 1-over par while William Nottingham shaved seven strokes off his first round to finish at 5-over par 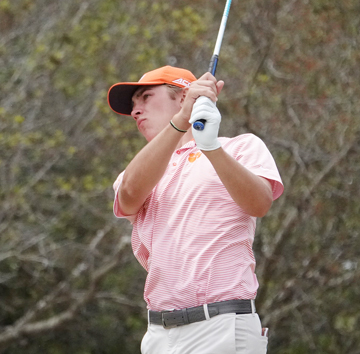 Kyle Cottam shot a second round even par 72 and the top individual Tiger. Cottam is tied for 23rd. (GolfClub File Photo)

As a team the Tigers improved by 10 shots from the first round to post a 292 total. Clemson’s 594 total leaves the team just a shot behind California and Wake Forest for the seventh and eighth spot.

The top 15 teams after Sunday will play one final round for the stroke play team and individual title.

After Monday’s round the top eight teams will advance to the Match Play championship round.

South Carolina lost five spots on the leader board to stand tied for 18th.

The Gamecocks improved by six shots from round one, but still lost ground.

Freshman Ryan Hall had the best round for USC carding a 2-over par 74 as every South Carolina golfer tallied at least one big number (double bogey or larger) on their second round scorecard.

Georgia’s Trent Phillips from Boiling Springs finished his second round at 1-under par, but could not help the Bulldogs keep from sliding back four places. Georgia is now 13th going into the final round.

Oklahoma State is on track for a run-a-way victory in the stroke portion of the tournament. The Cowboys have a two-day total of 566 and a 12 shot lead over Stanford. 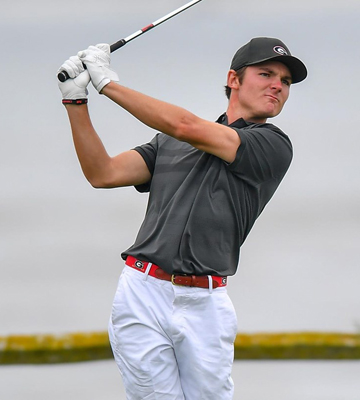 Individually Austin Eckroat of Oklahoma State leads his teammate Matthew Wolfe and Cals Colin Morikawa by a shot in the battle for medalist honors.

Phillips is at at even par and is in a group of seven golfers tied for ninth place.

Complete scores are available at http://www.golfstat.com