Clemson advances, USC eliminated, Phillips and Miles in a playoff 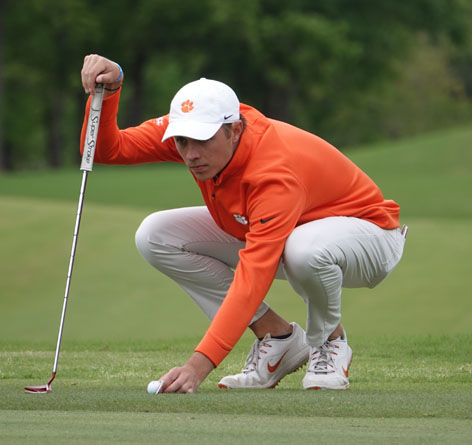 If the Clemson Tigers stay right where they are today, at the end of play on Monday, they will advance to the Match Play finals at the NCAA Championship.

The top-15 teams after 54 holes advanced to play in the final round of stroke play.

Clemson made the cut comfortably, but the key is to stay in the top 8 to advance after Monday’s final stroke play round.

Clemson is in 8th place with plenty of competition just below the Tigers on the leader board.

Texas A&M is in seventh place with an 8-shot lead over Clemson.

Clemson does not have much breathing room over the teams that will be trying to get into the top 8.

The Tigers shot a 10-over par third round total of 298. Clemson’s 892 score is 40 shots behind Oklahoma State. The Cowboys have run-a-way from the field. OSU has a 25 shot lead over second place Texas and Stanford.

Clemson was again led by Kyle Cottam. The Tiger sophomore shot a 1-under par 71 and now stands 11th in the individual competition.

“The key for me has been the mindset,” said Cottam. “You have to keep your cool on this course because you can get in a streak of bogeys, but there are some birdie holes. You just have to stay patient and get ready for the next shot,” he said.

The Tigers top player Bryson Nimmer finished the third round with a 2-over par 74. Freshman Jacob Bridgeman was 3-over par while William Nottingham was the Tigers fourth counting score after posting a 6-over par 78.

Clemson coach Larry Penley saw his team have the most success on the par-3 holes. The Tigers made 7 birdies out of 20 chances on the par-3s.

“We made seven twos and that is extraordinary,” said Penley. “We still have too many big scores and we have to eliminate those if we are going to advance. We need to be patient, we can’t force things,” added the coach.

South Carolina was not able to find the magic that helped them advance to match play at the SEC championship.

The Gamecocks finished 17th in the stroke play tournament after shooting a third round 10-over par 298. 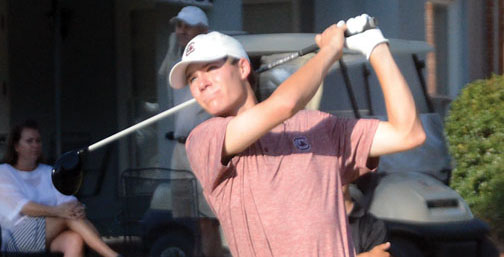 Will Miles will be in a three man playoff for the last individual spot to advance to the final round of stroke play. (Golf Club Photo)

USC senior Will Miles however has a chance to advance to the final round as an individual.

The top individuals who are not on one of the 15 qualifying teams have the opportunity to still advance to the final round.

Phillips’ Georgia team took one of the biggest drops of any team in the field on Sunday. The Bulldogs lost 11 spots in the team standings to finish 24th.

The Bulldogs were not alone among top-20 teams failing to advance.

Monday’s final round will be televised by The Golf Channel between 4pm and 8pm.

Complete scores are available at http://www.golfstat.com.