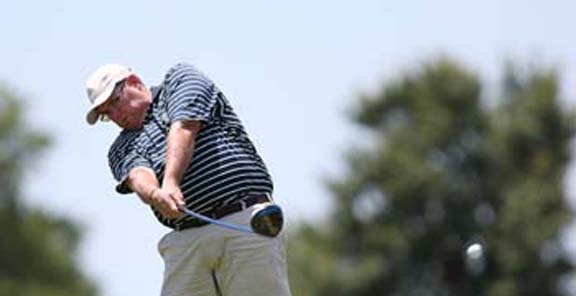 Brian Kennedy had two goals going into the second round of the Spartanburg County Senior championship at Woodfin Ridge.

The first goal was to make the leaders shoot par or better to win.

His second goal was to not miss any two inch putts.

“I missed a 10-foot putt for a par on number 14 in the first round,” said Kennedy. “The ball rolled off the edge of the cup and I just walked up and tapped it. I missed the hole. It was the shortest putt I ever missed. Everyone just stopped to look at me and I did miss it,” he said.

Even with the gaff, Kennedy finished his first round with a 1-under par 71. He trailed first round co-leaders Tony McKinney and Murray Glenn by 3-shots. 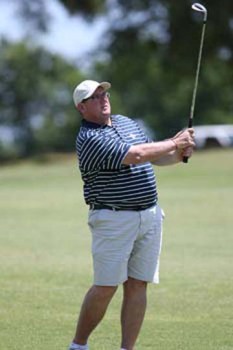 Kennedy shot rounds of 71 and 59 to win the Senior title by one shot. (John Byrum Photo)

“I had not played any golf since early May and I was pretty rusty in the first round. I made a lot of mental mistakes, but still got it in under par,” said Kennedy.

With the leaders at 4-under par Kennedy thought if he could get to four-under par someone would have to shoot under par to win.

The 2004 Spartanburg Country Amateur champion figured if he could clean up a couple of things and manage his game better he would have a chance to post his target score.

“I played much better in the second round. I wasn’t in any tough places and I hit good shots. I didn’t know how I stood, but I was playing well and that was what I hopped to do,” said Kennedy.

Playing in front of the leaders Kennedy made his final birdie on number 17 and parred the 18th hole to finish with a 3-under par 69. He posted the 4-under par two day total  he wanted and then sat back and waited for the rest of the field to finish.

“When I looked back it looked like they (the leaders) were hitting good shots. I didn’t have any idea how I stood, but I never was in any trouble and I played well around the greens,” Kennedy said.

McKinney shot a 1-over par 73 and Glenn carded a 3-over par 75 to drop both of the first round leaders off the top of the leader board. 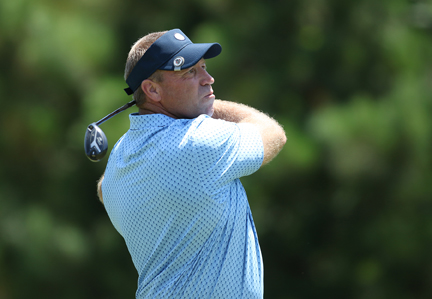 Former champion Doug Ramey posted a second day 4-under par 68 to move up 8 places and finish one shot behind Kennedy in a tie with McKinney for second place.

Kennedy, who was a regular competitor in the County Amateur for many years, has been eligible to play in the senior for the past two years, but this was the first time he tested his game in the senior tournament. 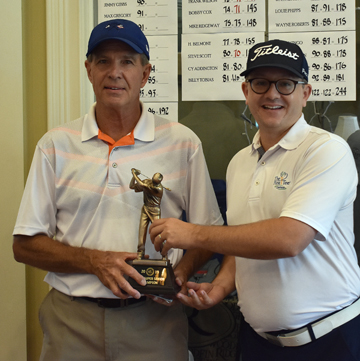 “Todd Whitehead convinced me I should play this year and I ended up winning. A lot of the guys in the tournament are good friends and we pull for each other, but everyone of us wants to finish one shot ahead of the others,” said the new Spartanburg County Senior champion,

The best round of the final day was turned in by former champion Bobby Newman. Newman aced the par 3, 15th hole. He carded a 6-under par 66 to finish at 3-under par and win the First Flight.

The Super-Senior championship was won by Roger Page. Page slipped by first round leader Oren Wood after shooting a 3-under par 69 to win by a shot.

Frank Wilson finished in third place with Bobby Cox and Mike Ridgeway rounding out the top-five.

The Super-Senior Second Flight was won by Wayne Acton. 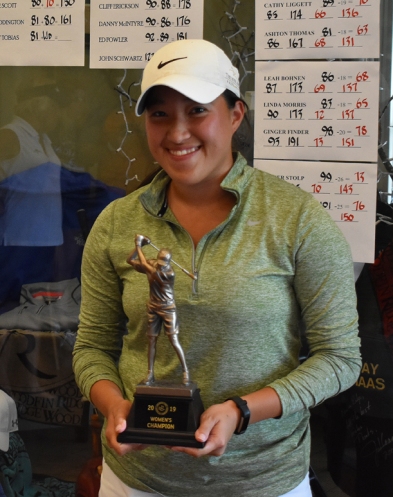 The Spartanburg County Women’s championship was won by USC Upstate golfer Pan Paksanont. The Spartan’s golfer shot rounds of 74 and 72 for a two day total of 146 for the win.

The Women’s Net championship was won by Ashton Thomas who finished 6-shots in front of Cathy Liggett for the Division championship.

All the Spartanburg County Amateur tournaments are presented by the Upstate First Tee.

The organization will benefit from the proceeds of the tournament as they help young golfers develop the core values and life skills that come from the game of golf.