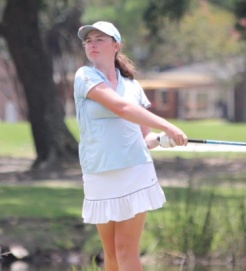 MK Talledo from Boiling Springs had the best score at the Upstate AAAAA qualifying tournament. The Bulldog golfer shot a 4-under par 68. (GolfClub file photo)

Talledo and her teammate Madison Dixon earned the top two spots in the tournament to qualify high school teams for the state championship next week at the Mid Carolina Club in Prosperity.

Talledo, who was chosen the player of the year in Region II AAAAA, carded a 4-under par 68 while Dixon was two shots back at 70.

Blythewood finished as the top team qualifier in the Upstate tournament. The Bengals finished with a 296, 8 over par total.

Talledo and Dixon’s individual performances helped the Bulldogs to the second qualifying spot 5-shots behind Blythewood.

Eight teams from the Upstate advanced to the state finals. 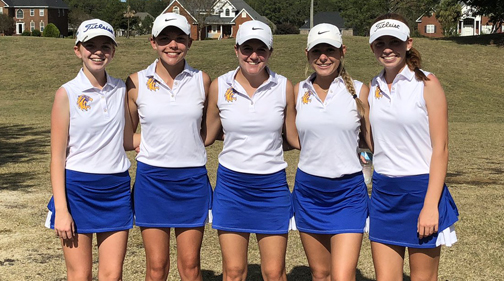 In the Lower State the defending state champions from Lexington continued their domination.

The Wildcats shot a 307, 19-over par total to finish 7 shots in front of Carolina Forest.

Victoria Callahan from Carolina Forest had the best score in the Lower State event shooting a 4-under par 68.

Lexington will be trying to win their fourth straight AAAAA championship and the 14th state title for the school.