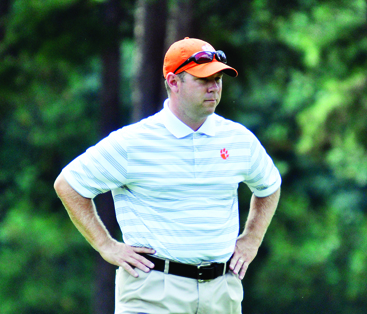 “Those two can really play,” said a very happy Clemson women’s golf coach J.T. Horton. “Lauren and Alice are going to be great additions to our team this year,” said the coach.

The two new golfers took different paths to wearing Tiger Paws. Stephenson, the most accomplished junior girls golfer in South Carolina’s recent history, traveled all the way from Lexington to Clemson. Hewson, who won a junior tournament on the Old Course at St. Andrews, comes to Clemson from the United Kingdom. She was ranked in the top-50 juniors in Europe.

“These two freshmen will help change the culture and the environment around our program this year,” said Horton. 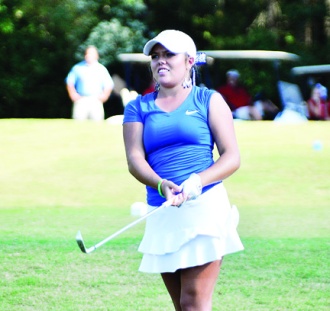 Stephenson grew up wanting to be a Tiger. She finished her junior career playing on an All-Star team in Japan last summer and did well in several stateside tournaments. “I played well this summer,” she said. “Not as well as I would have liked, but it was a good end to my junior career,” she said.

Getting to school actually means the South Carolina AAAA champion gets a chance to have a regular schedule for the first time in months. “I was only home for a couple of five day stretches during the summer, so it is good to get into a routine. We practice in the morning and have classes in the afternoon,” she said.

In just a couple of weeks on campus Stephenson has seen the intensity that it takes to be successful on the college level. “You practice more and the facilities are great. You get lots of help and our games gets stronger,” Stephenson said.

Alice Hewson joins the Clemson team from her home in England.

Hewson and her family visited several schools in the southeast before choosing Clemson. “We came and looked and loved every bit of it,” she said. “I have a great group to be with here and I especially love the weather, it is very different than back home,” said Hewson.

Horton returns six golfers from last year’s team that was plagued by injuries and the growing pains associated with a second year program. “We got lucky to get Alice to join us. She is a fantastic young lady and has a great family. Lauren is a Tiger all the way,” said the coach.

Both new golfers have goals for themselves in their rookie season at Clemson. “I want to make every team (tournament) and make my mark,” said Hewson. “I’ve played good for awhile and I want to keep doing it at this level,” said Stephenson.

The Tigers start the season at the Cougar Classic in Charleston on September 13th. Upstate Clemson fans can see their team in action at the Lady Paladin at Furman starting on September 20th.

Stephenson and Hewson are looking forward to something else at Clemson besides golf.“I’m the biggest football fan and I can’t wait for the season,” said Stephenson. Coming from England Hewson has made the transition to the American form of football. “When I want to see football I know I go to Death Valley,” said the Tiger freshman.

See and hear from Stephenson and Hewson