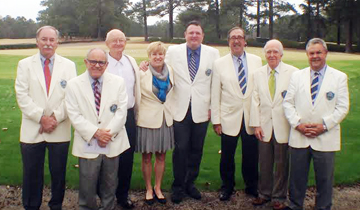 South Carolina’s most successful junior golfer ever was inducted into the SCGA Hall of Fame at a ceremony in Columbia on January 9, 2016.

Charlie Rymer, who grew up in Fort Mill became the 65th member of the Association’s Hall of Fame.

Rymer went on to an All-American college career at Georgia Tech. He played Tour golf for several years and earned a victory on the Web.com Tour.

Since leaving the Tour, Rymer has became a reporter and host for The Golf Channel’s Morning Drive program.

The annual meeting of the SCGA, held at the Columbia Country Club, honored the state’s top players from 2015.

Matt NeSmith was honored as the top player in the state. The Gamecock senior won the SEC individual championship and The Players championship last year. He also played in both the US Open and the US Amateur.

Rick Cloninger of Fort Mill was named the top senior in the state for the fourth year in a row.  Cloninger won the National Senior Hall of Fame Classic and made it to the round of 16 at the US Senior Amateur. 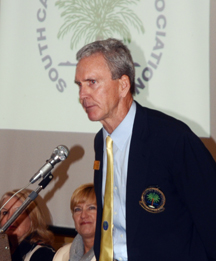 The organization elected a new president at the meeting. Steve Fuller, best known as a record setting Clemson quarterback in the late 70s and a member of the 1984 Chicago Bears Super Bowl team, will serve the next two years as president.

Fuller is one of the developers of Colleton River Plantation in Bluffton and has been active in the SCGA for 17 years.

Video report and interviews below