Bryan in the hunt at the BMW

The leading money winner on the Web.com Tour is in the hunt again this week. Former Gamecock golfer Wesley Bryan could be playing in his last Web.com tournament this week if he can win the BMW Charity Pro-Am.

The South Carolina grad has had a great run so far this year on the Tour. The Columbia golfer has two wins and is on top of the Tour’s money list with over $272,000 in official earnings.

Bryan is one win away from earning the coveted ‘Battle Field Promotion’ that goes to any Web.com golfer who wins three Tour events in a season. 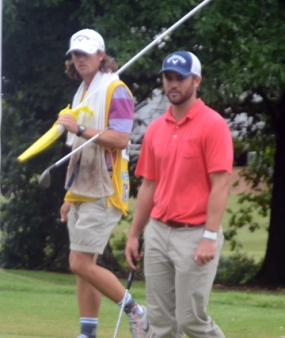 The Bryan brothers (Wesley and George) are a team on the internet with their trick shot videos and also on the Web.com Tour.

The former Gamecock golfer and his brother George developed an internet following for a series of trick shot videos the two produced. However, there is not anything tricky about Bryan’s game on Tour.

He put himself in good position after the first round of the BMW by shooting a 4-under par 67. He is four shots out of the lead shared by Byron Smith and Matt Fast who each shot 8-under par 63s at Thornblade.

Bryan shot 4-under par 67 at Thornblade to be four shots off the lead after the first round of the BMW Charity Pro-Am.

Bryan has notched wins at the Louisiana Open and the Mexico Championship.

Bryan will play with his amateur partner Richard Kay on Friday at The Reserve at Lake Keowee.

Tee times for all courses will be one hour earlier than listed on the events website because of the threat of bad weather.