The dream of many young golfers is to someday play on a professional tour. Juniors took another step towards that goal when they signed their National Letters of Intent to play college golf.

This year’s recruiting class featured dozens of players with outstanding resumes and unlimited potential who will have the opportunity to develop their skills further in college. 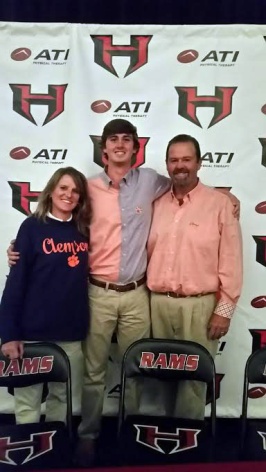 The Pattons celebrated Colby signing with Clemson. His father Chris was a three-time All-American and 1989 US Amateur Champion at the school.

Among the young players making their commitments official was Colby Patton of Hillcrest High School.

Patton choose to play college golf at Clemson. If the Patton name sounds familiar it should be, his father Chris played for the Tigers and won the 1989 US Amateur and was a three time All-American.

“Clemson was always my first choice,” said the younger Patton. “I know my father is proud of me and happy I picked the Tigers,” he said.

Patton shared individual honors at the Upper State AAAAA tournament. He finished second at the 2016 SCGA Junior Amateur. In addition to being an outstanding golfer, Patton is a top ranked student.

The Tigers inked two golfers from out of South Carolina. Turk Pettit of Auburn, Alabama and Kyle Cottam of Knoxville will also bring outstanding junior experience to the Tiger program next year. 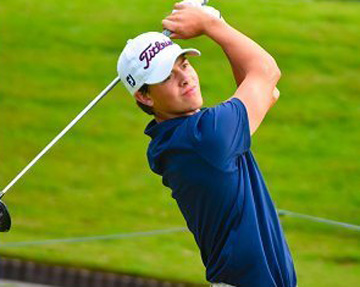 Pettit won the Alabama Amateur Championship this past summer. He also earned the title at the Future Masters played in Dothan, Alabama.

Pettit is a three sport star at Lee Scott Academy in Auburn. He is a quarterback on the football team and also is a member of the schools basketball team.

Cottam comes to Clemson from Knoxville Catholic High School. He won the 5AA Region State Championship and was the Tournament MVP at the Tennessee Junior Cup competition. 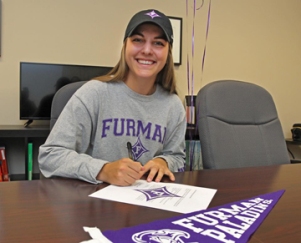 Madison Moosa from Charlotte signed with Furman. She won the 2016 Junior Heritage.

Madison Moosa comes from Charlotte while Caitlin Cotterill is from New Zealand by way of Florida.

“We are very excited about signing Madison and Caitlin,” said Hull.  “Not only are both players highly ranked in the 2017 class, but they are also excellent students who will fit in well at Furman,” he said. 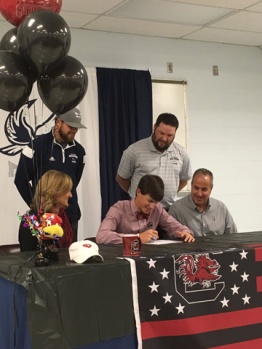 Andrew Spiegler of Abingdon, VA is one of three new Gamecock recruits.

South Carolina golf coach Bill McDonald mixed his recruiting class with two in state players and one from out of South Carolina.

Jack Parrott brings a SCGA Junior title with him to Columbia.

Jack Parrott is a past SCGA Junior champion and has played in two US Junior tournaments.

“Jack has that innate and instinctive ability to work himself around the golf course in a way that is mature beyond his years,” said McDonald.

Will Sheppard of Bishop England has been part of three state championship teams and played in the US Junior.

“All three of these young men possess the athletic ability, character and work ethic to be successful at Carolina, both academically and athletically,” McDonald said.

At Clemson coach Kelley Hester will be able to insert one of her recruits into the lineup this spring. Kennedy Swann of Austin, Texas signed to play at Clemson. Swann will enroll for the spring semester and be eligible to play for the Tigers when the season resumes in February. 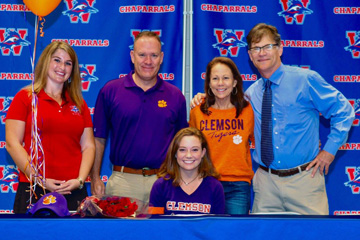 Kennedy Swann will be on the Clemson team in time for the Spring portion of the schedule.

Callista Rice of Mars Hill will join the Tigers next fall. Rice is a senior at North Buncombe High School. Among her accomplishments are a pair of victories in the Dogwood State Junior championship. She was the runner-up at the Vicki DiSantis Junior and finished third at the AJGA Ez-Go Vaughn Taylor Championship.

Callista Rice is from Mars Hill and will join the Clemson team in the fall. She has worked with noted instructor Kevin Britt.

Rice has been the dominant golfer in her region  and finished fifth in the 3A state championship. She also has a win and a number of high finishes on the PKB Junior Tour.

Wofford mens coach Vic Lipscomb is retiring after this season, but he brought in a pair of players his successor will be glad to  have on the Terrier golf team.

Nick Willis is from Spartanburg Christian Academy. He won the prestigious CGA David Parrott Award and was the AA SCISA state champion.

Ryan Marter of Columbia will also join the Terrier program. He had top-5 finishes in the CGA Match Play and AAA High School championship.

Nick Willis of Spartanburg Christian is one of two new recruits for the Wofford Terriers.

Ashlee Richardson of Greenville will play college golf at The Citadel.

You may not think of The Citadel when you think of women’s college golf, but Ashley Richardson of Greenville will play for the Bulldogs next year.

Richardson helped Greenville to a second place finish in the state AAAA championship and she was a North-South All-Star selection.

Anderson head coach Danny Neal continued to attract some of the top golfers in the Upstate area. The Trojans landed Colt Martin from Pendleton High School. Martin has been a member of a state championship team and last summer added a victory in the Upstate Junior at Smithfields to his golf resume.

The Anderson women’s program has a new golfer as Anna Freeman of South Aiken will play college golf at the school. Freeman closed out her high school career as the runner-up in the AAAA state championship.

Merritt is a five-year member of the golf team, a four-time all-region selection, two-time runner-up in the 3A State Tournament and is ranked No. 14 in the latest South Carolina Junior Golf Association rankings.

“We could not be happier about adding Rhett to our family,” said Goins. “He is an unbelievable competitor and a very well-rounded player,” he added. 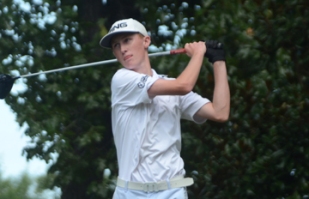 USC Aiken is always a Division II tournament contender and plays a schedule like many Division I teams. The Pacers signed George Eubank of Spartanburg. Eubank qualified for the Big I National final last year.

Reed Bentley of Byrnes will play college golf at The College of Charleston.

The former Upstate Junior champion will play college golf at The College of Charleston. He will be joined on the Cougars team by another top South Carolina Junior Patrick Golden of Murrells Inlet. Golden won the AA state championship and finished second at the recent George Holliday tourney.

Coach Joey Maxon has been building up his teams at Southern Wesleyan and added four golfers for next year. He believes the players he is adding to his roster fit well with the program and have the potential to become quality players for Southern Wesleyan.

Emily Anderson of Matthews, NC will join the women’s team. She won her conference championship and has a victory in a Peggy Kirk Bell Tour event.

Recruiting for the year is not complete. Juniors and schools will have another signing period in the new year.