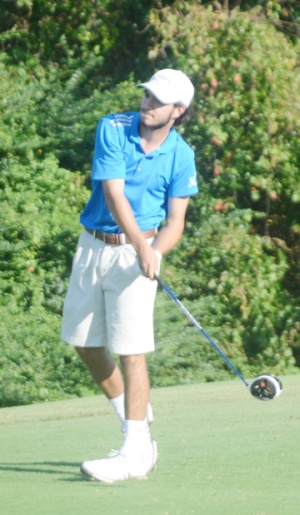 Rhett Merritt from Wren shot an even par 72 to be the top individual at the AAAA Upper State qualifying tournament, (file photo)

The Wren Hurricanes are on their way to the state championship next week after topping the field at the AAAA Qualifying tournament. Wren shot a tournament best score of  309 to advance to play at Port Royal on Hilton Head Island starting on May 15th.

The Hurricanes were led by Rhett Merritt who shot a tournament best score of even par 72 at Woodside Plantation in Aiken.

Merritt finished a shot ahead of Carson Green from Belton-Honea Path and two shots in front of Greenville County individual champion Levi Moody of Travelers Rest.

Wren finished six shots in front of Lancaster for the Upper State championship. Eight teams and three individuals will continue their high school season next week at Hilton Head.