One step forward, one step back at NCAA Regionals 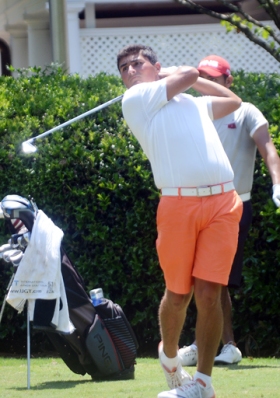 Bryson Nimmer is now in third place at the College Grove Regional. Nimmer shot a 1-under par 71 in the second round. ( file photo)

The Clemson Tigers took a big step towards earning a spot in the NCAA finals with a convincing showing at the College Grove, Tennessee Regional. Clemson shot a 4-under par team total to move up three spots into a tie with two other teams for third place.

Bryson Nimmer continued to stay near the top of the leader board. The All-ACC sophomore shot a 1-under par 71 and goes into the final round at seven-under par.

Clemson got some outstanding play from the two freshmen in the lineup. Doc Redman shot a 2-under par 70 to tie for twelfth place while. William Nottingham, the second Tiger freshman  in the line up, finished tied for 16th after shooting a 1-under par 71. 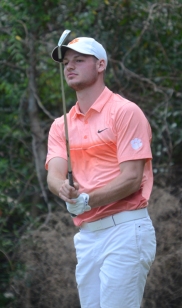 Doc Redman shot a 2-under par 70 to help Clemson move into the top-five at the College Grove Regional.

“The freshmen (Doc Redman and William Nottingham) have played well all year so that was not a surprise to me,” said Clemson coach Larry Penley.

The Tigers finished with a flurry as they made four birdies on the final hole.

Clemson needs to finish in the top-five on Wednesday to advance to the national championship.

“We have to get off to a good start and we have to be patient. We can’t make big numbers either.  We counted a triple bogey on Monday and two doubles on Tuesday.   We might not get away with that in the final round as you can see how bunched the field is. This is a long, tough golf course,” said the Clemson coach.

Gamecocks take a step back at Regionals. 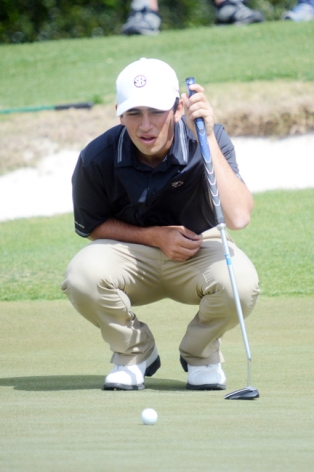 Ryan Stachler had the best second round score for USC. He carded a 2-over par 74 on a difficult day for the Gamecocks.

South Carolina had a rough day and will have their work cut out for them to earn a qualifying spot from the West Lafayette Regional.

The Gamecocks dropped five spots and are now in ninth place. USC is in danger of not finishing in the top-five and  missing a trip to the NCAA Championship.

“It was a tough day for us and very frustrating in that we got off to a solid start through most of the front nine,” said Gamecock golf coach Bill McDonald. ” We seemed to lose our focus on the inward nine and let it get away from us,” he added.

New Mexico leads the Region at 6-under par. The Gamecock trail the leading team by 20 shots, and are 14 shots behind the teams currently in the final qualifying spot.

“We’ll have to play a lot better tomorrow ( Wednesday)  to advance, but this team is certainly capable. I’m looking forward to seeing how they respond,” said McDonald.

Ryan Stachler  had the best score in the second round for the Gamecocks. Stachler shot a 2-over par 74.

Complete scoring is available at http://www.golfstat.com. The website will have live scoring for each Regional on Wednesday.