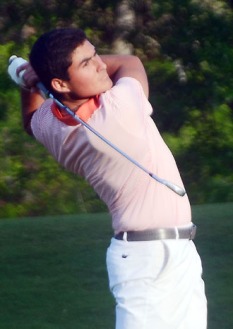 Bryson Nimmer was near the top of the leader board in all three rounds. The Clemson sophomore finished in a tie for sixth.

The Clemson Tigers have advanced to the NCAA finals for the third year in a row. Clemson finished in a tie for second place at the College Grove regional. The Tigers finished two-shots behind Central Florida, the region champion.

“It would have been nice to win the tournament, but the goal is to finish in the top five and we did that fairly easily (by 12 shots).  We now have a chance to play for a national championship,” said Clemson coach Larry Penley.

The Tigers were led by Bryson Nimmer who flirted with the lead in the tournament before finishing in a tie for sixth place. Nimmer finished at three-under par for his second straight top finish. Nimmer tied for second at the ACC tournament as he plays his best golf of the year at the most important time of the year.

The Tiger sophomore got excellent support from the two freshmen who joined him in the lineup. Doc Redman finished in a tie with his teammate William Nottingham for ninth place giving Clemson three golfers in the top-ten.

“I was pleased with how the freshmen played today. A big key for us today was that we got off to a good start and we hung in there when the wind kicked up in the middle of the round. We didn’t have many big numbers,” noted the coach.

Redman carded a 73 while Nottingham finished at even par 72.

Clemson senior Carson Young finished at even par. Austin Langdale, working his way back from an injury shot a final round 4-over par 76. His play improved each day at the Regional. 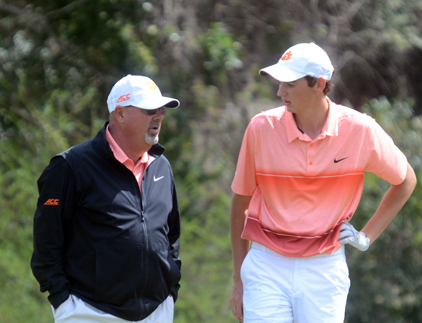 Clemson golf coach Larry Penley saw William Nottingham turn in the best round of the final day at the regional.

“He was in the game all day and he is getting better (in terms of health).  The rust is coming off and we are going to need him at the national tournament,” said the coach.

Clemson will now travel to Rich Harvest Farms Golf Club near Chicago for the national championship after surviving the pressure that comes in the final stages of Region play.

“This is always a pressure day because you just don’t know what is going to happen at a regional.  You look at teams around the country who were in the top 25 going into the regional who did not advance.  We have been in that position before and not made it so you learn to appreciate it when you do,” said Penley.

The second place finish was the eighth straight tournament in which the Tigers have either won or finished second this year.

Clemson will have both their men’s and women’s team in the NCAA finals. The women begin naitonal championship play on the course in Illinois starting on Friday. 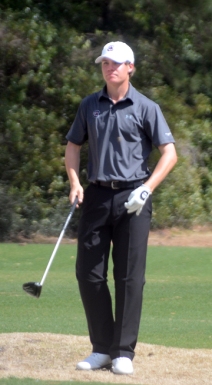 Will Miles shot a 2-under par 70 in the final round.

The South Carolina Gamecocks could not rally from the ninth spot to earn the opportunity to advance to the NCAA Championship. The Gamecocks finished the day where they started, in ninth place.

“I can’t be disappointed with the teams effort,” said USC golf coach Bill McDonald. We didn’t play well in the second round and our inexperience showed. Our guys earned a lot,” said the coach.

South Carolina was led in the final round by Will Miles. The Gamecock freshman shot a 2-under par round of 70 to finish in a tie for 15th place. Keenan Huskey who opened the tournament with a 3-under par 69 before struggling in the final two rounds finished 28th.

The Gamecocks coach hopes the NCAA experience will help a young team  USC will return a group of young players who can only benefit from this year’s post season.

“The guys worked hard this year and did everything we asked of them. I’m excited about our future. I am disappointed the way this year ended, but I am looking forward to next year,” concluded McDonald. 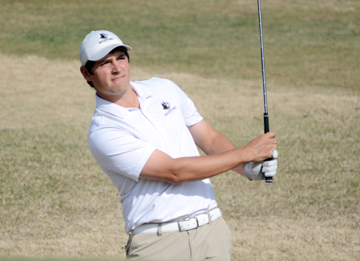 One of the top golfers in Wofford College history, Andrew Novak, finished his college career with a tie for 24th place at the College Grove Regional.

Novak had difficulty in the first round, but put himself in position to advance to the NCAA finals after round two when he shot a 5-under par 67.

In the final round the past SC Amateur champion shot a 5-over par 77 to miss the chance to extend his season.

“Today’s round was hard for me, especially the finish,” Novak said. “It wasn’t because I was struggling, but because I knew it might be the last round of collegiate golf that I got to play. I got emotional on the last green when I realized my career was over,” he said.

The Terrier senior from Mount Pleasant finishes his career as the top tournament winner in school history with four victories. He was named the SoCon’s top golfer this year and is the only Terrier to play in two NCAA Regionals.

“I’m one of the most blessed people in the world to get to play Division 1 golf,” Novak added. “I want to thank Coach (Vic) Lipscomb for giving me the opportunity to play for Wofford College. There was no one else I would have rather spent these four years with, and I really owe him this opportunity,” concluded Novak.

Palmetto State golfers advance with their teams to NCAA Finals 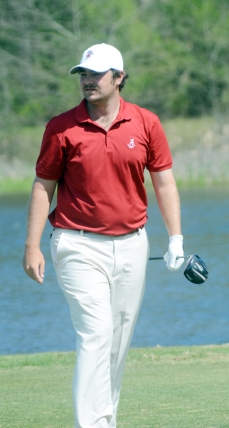 Riverside High School grad Jonathan Hardee will be in the NCAA finals as a member of the Alabama golf team,

Former Easley High School standout Trace Crowe is going to the NCAA finals as a member of the Auburn team. The Tigers finished second in the West Lafayette Regional and Crowe finished 49th in the individual competition.

Georgia freshman Trevor Phillips had a difficult start to his NCAA tournament play, but shot 3-over par for the final 36 holes. Georgia did not advance to the finals.