Phillips advances at US Junior 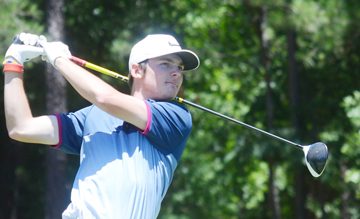 Boiling Springs golfer Trent Phillips improved by 11 shots in the second round of stroke play at the US Junior. (File Photo)

Trent Phillips improved on his first round performance by 11 shots to finish in a 10 way tie for 30th place after the stroke portion of the US Junior at Fort Hills National Golf Club in Kansas.

Once all ties were broken Phillips was seeded 37th for match play.

Phillips had an uncharacteristic 77 in the first round of the national championship.

He started the second round in 68th place. He needed to finish in the top 64 to extend his week at the tournament.

The two-time South Carolina junior champion got off to a fast start with a birdie on his first hole. Phillips made the turn at 2-under par and added three more birdies on the back nine.

Philips posted the second best score of the day with a 66.

The future Georgia golfer has a first round match with 28th seeded Cameron Sisk of El Cajon, California. Sisk was the San Diego County Player of the Year last year and has committed to play college golf at Arizona State. 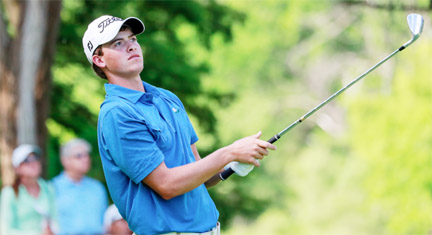 Ironically, the new Tiger from Alabama will face 20th seeded Frankie Capan from Minnesota who is a 2018 Crimson Tide commitment.

Capan was half of the team that won the USGA Four-Ball championship at Pinehurst in May.

Spartanburg golfer Nick Willis had a difficult time at the national championship finishing with a two-day total of 165.