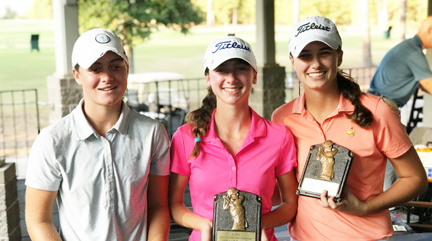 Rachel Rich of Mount Pleasant forced a playoff with Dunlap after shooting a 2-under par 70 in the final round. Both golfers passed first round leader Ell Johnson from Spartanburg with their final round scores.

Rich and Dunlap each parred the first playoff hole, but on the second hole Dunlap gained an advantage off the tee.

Rich’s tee shot found a green side bunker on the par-3 hole while Dunlap’s shot landed on the fringe. The three-time Upper State High School champion made a par to top Rich for the title. 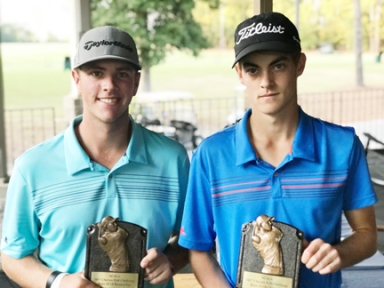 The boys 15-18 year old division also needed a playoff to determine a winner. Brady Hinkle of Lancaster and Bronson Myers of Columbia tied for the lead after the first round and were still tied at the end of 36 hole.

Jonathan Griz of Hilton Head set a new tournament record at the Fall Challenge. The young golfer shot a 66 in the first round and a 67 in the second round to win the age group title by 10 shots over Nathan Franks from Roebuck.

Griz’s first round score broke the single round scoring record established by now PGA Tour pro Kevin Kisner when he shot a 69 in the event. 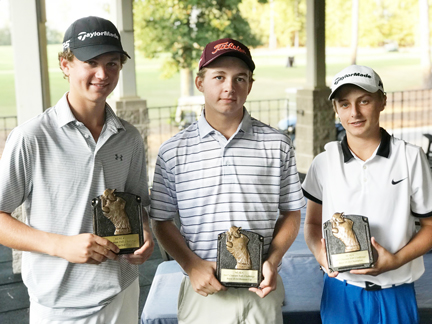 Griz also broke the record of another PGA Tour professional who played in the tournament while a junior golfer in South Carolina.

Wesley Brian held the tournament’s record for lowest winning score, but his record performance fell to Griz by 9-shots.

Griz finished at 11 –  under par for a 133 total. Franks was second at 143 with Austin Scott of Daniel finishing third.