The Limestone women’s golf team won the Conference Carolinas championship and will now play in the NCAA Regional near Memphis. (Limestone photo)

The Limestone Saints have had a very good season and now have the opportunity to keep it going in the NCAA Regionals.

“We have had a really good year on both sides,” said Zack Siefert the Limestone golf coach. This is the second time our women are going to the NCAAs and our men have had a blessed season and they are looking forward to the tournament,” he said.

The Saints men’s team earned a trip to the South-Southeast Division II Regional in Alabama while the women’s team will try to advance to the national championship from the Regional near Memphis. 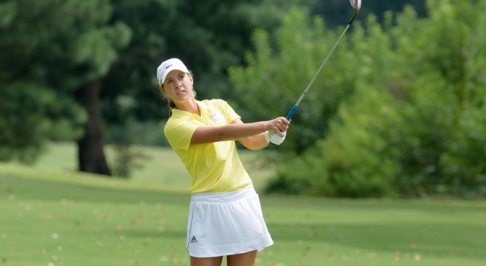 Victoria Ross was honored as the Conference Carolinas player of the year. (Limestone photo)

The women’s team won the Conference Carolinas championship and features the conference player of the year Victoria Ross. They will play in the NCAA regional near Memphis.

“They have worked very hard to get to this point and I know they are going play with nothing to lose and its going to be exciting for them,” he said.

The men’s team earned an at large bid to their regional because of their outstanding body of work during the season.

Will Woodard is one of three All-Conference players on the Limestone team. (Limestone photo)

The Saints are led by three All-Conference players. Seniors Will Woodard, Zack Pritchett and junior Brett Krekorian will be counted on to provide steady experienced play at the regional.

“We have had eight or nine guys who have played this year. We have not had the same lineup in every tournament and the guys have stayed in the top-10 just about all year,” said Siefert.

The Limestone coach has been recognized five times by the Conference Carolinas as the coach of the year wither for the men or women’s team at the Gaffney school. 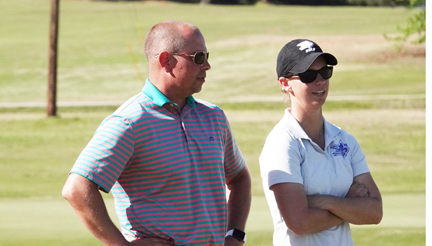 Limestone coach Zack Siefert has been named coach of the year in the conference five times.

Siefert believes that his teams have the experience and ability to have a successful trip to the NCAA tournament.

The men’s and women’s regionals begin on May 7th. The top three teams from each regional advance to the national championships later in May.