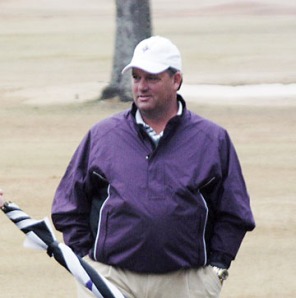 Todd Satterfield resigned his position as the Furman men’s golf coach after 22 years at the school.

Todd Satterfield guided the Furman men’s golf program through some good times and some very difficult times during his 22 years as the school’s golf coach.

Satterfield resigned as the men’s golf coach on May 8th.

The difficult times began in February of 2014 when the University announced it would discontinue the men’s golf program.

While the future of the program hung in the balance, Satterfield calmly guided his team through the season.

“Todd stood tall, he was a real pro,” said Frank Ford, III, a former Furman golfer who helped lead the rescue effort for the men’s program. “The last three or four years have been difficult. Todd held things together and did a great job considering what was going on around him. We are going to miss him,” he said.

Ford along with Furman grad and PGA Tour veteran Brad Faxon, Rob Langley and many others pulled together to develop funding to save the program.

However, the uncertain future, budget reductions and recruiting scholarship limitations are still affecting the program.

Satterfield always maintained a positive attitude about the future of the program.

During his tenure at Furman, Satterfield led the Paladins to three SoCon titles and four NCAA Regional appearences. 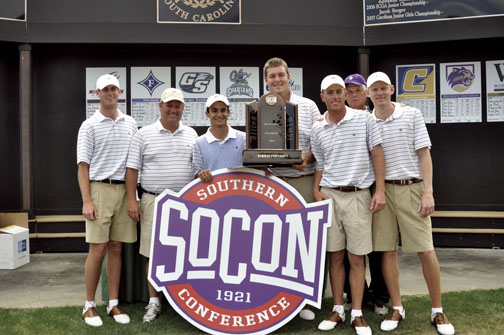 The 2010 Paladin team won the Southern Conference title. The championship was one of three won during Satterfield’s time as coach.

The Paladins last conference title was won in 2010. Austin Reeves won the individual championship for Furman.

Satterfied was named the SoCon Coach of the Year after that championship an award he won three other times while at Furman.

“The program has grown and evolved immensely thanks to his vision and leadership, and we are eternally grateful for his service,” said Furman athletics director Mike Buddie. 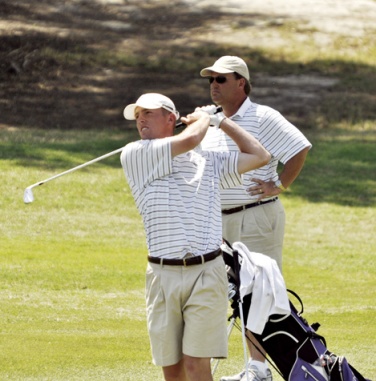 The Bluefield, West Virginia native played college golf at Georgia. He was an All-SEC selection and helped the Bulldogs to the 1988 SEC championship.

Satterfield took over the Furman program in 1996 after serving as an assistant at Georgia for three years.

In his first season at Furman, the Paladins won four tournaments as well as the Southern Conference championship and made their first NCAA tournament appearance since 1986.

The long time Furman coach is a past president of the Golf Coaches Association of America.