Unlike college football signing junior golfers have plenty of time sign their National Letter of Intent to play college golf.

The signing period began on November 14th and continues until the end of the summer. While some area recruits have announced their commitments colleges are not permitted to announce their new players until they have received the official NLI.

Many future college golfers enjoy making sure they have the opportunity to celebrate their big day with parents, grandparents, family coaches and friends.

Since the first day of the signing period several more area schools and players have joined college teams to begin the next step in their college careers next fall.

There are a number of players who will make their commitment official next week and a few more who will sign after the Thanksgiving holiday. 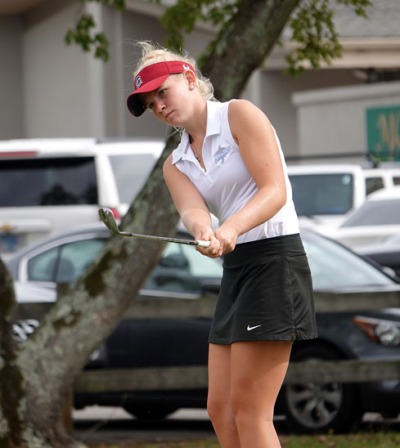 South Carolina does not often sign players from the United States and not many from their home state.  However this year Gamecock coach Kalen Anderson signed a top player from the Palmetto State to go along with two international recruits.

Smith Knaffle from St. James High School is one of three new players who signed with the Gamecocks.

Knaffle won back to back AAAA individual championships as a sophomore and junior. She helped her team to two straight team titles. This year she had a top five finish at The Blade and a top-10 finish in the SC AAAAA championship.

On signing day the Gamecocks signed two golfers from France. Mathilde Claisse was a Junior Solheim Cup player and is ranked 31st in the European Golf Rankings.

Pauline Roussin-Bouchard is ranked 7th in the European Rankings and has won the Women’s French Championship and was a member of the 2016 Junior Ryder Cup team. 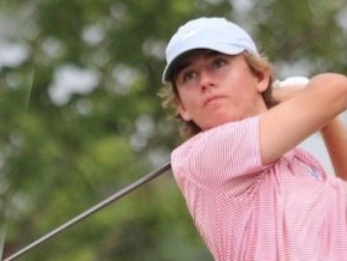 Walker Crosby will join his brother Jack on the Furman golf team next year.

Matt Davidson announced his first recruiting class since becoming the head coach of the Paladin mens team. Davidson has signed four new players and one of them has a familiar name to followers of Furman golf.

Walker Crosby from Memphis is the brother of current Paladin golfer Jack Crosby. Crosby brings a Tennessee state individual high school championship with him to Furman and helped his team win state titles during his sophomore and junior seasons.

Reynolds Lambert is from Mountain Brook, Alabama and was the top-ranked high school recruit in his home state. Lambert helped his high school team to state titles during his sophomore and junior years and was named to the 2018 Alabama Super All-State team. 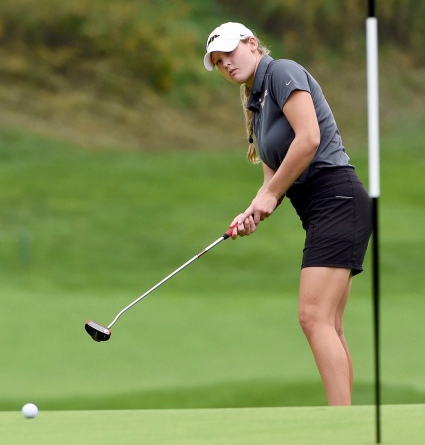 Carolina Wrigley is the top ranked junior in Pennsylvania. A two time state champion will be a Lady Paladin next year.

Ross Funderburke is the fourth new Paladin in the 2019 recruiting class. Funderburke is from Roanoke, Virginia and is the third ranked junior in the state. He was named the Roanoke Valley Golf Hall of Fame Player of the Year in his junior and senior year.

Morgan announced her signing at the high school last week. The new Lady Paladin golfer won the 2018 Blade Junior and recently won a PKB Tour championship to go along with her 2017 WSCJGA Girl’s Championship and the Junior CarolinaS PGA. 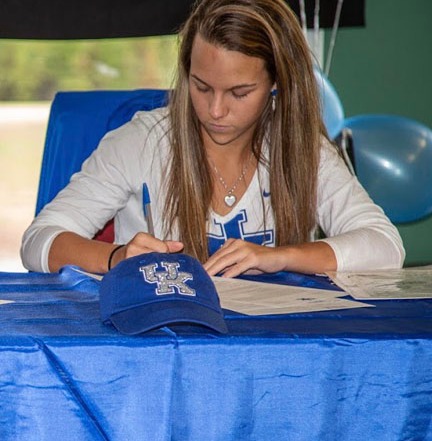 Jensen Castle from Gray Collegiate Academy has signed to play college golf at Kentucky. Castle also won the 2017 AAAAA individual championship and last year added a tie for medalist honors at the Carolina Junior PGA championship to her resume. 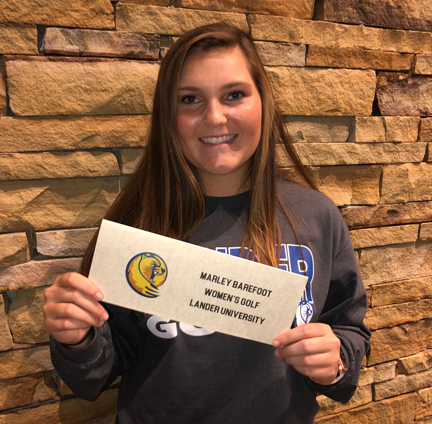 Marley Barefoot is going to Lander to play college golf. The River Bluff high school golfer won the Region 5 AAAAA individual title and a pair of PKB Tour one day tournaments. She also finished fourth in the SCJGA Caddie Classic. 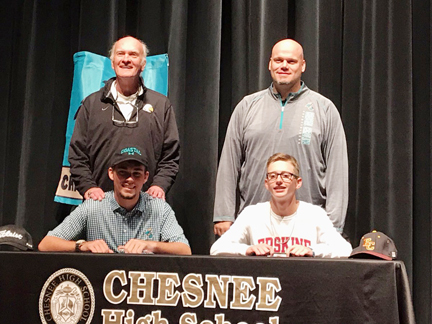 A pair of Chesnee golfers have signed on to play college golf in the state. Last week Garrett Cooper signed to play at Coastal Carolina. His teammate Colton Bridges will join the Erskine Flying Fleet golf team next year. The two helped lead Chesnee to a Class AA runner-up finish last year. Bridges finished as the individual runner-up. 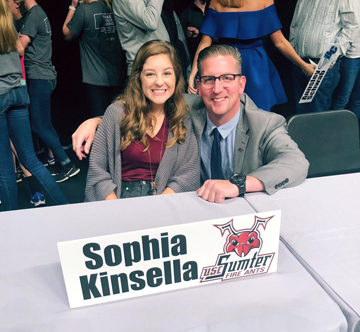 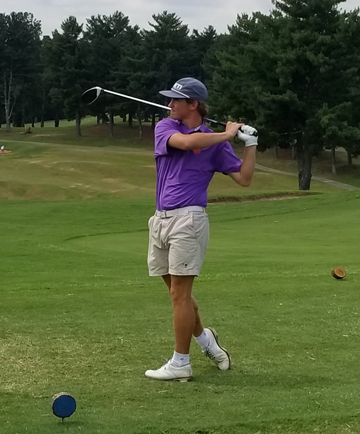 Walker Redmon from Greer will be at Limestone next year. He had three wins in the HJS Series and a third place finish at the Cobbs Glen Junior. 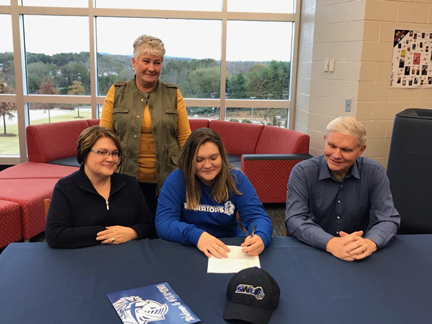 Southern Wesleyan University added Powdersville High School golfer Julie Schoebel and Emileigh Swords from Daniel High School. Swords helped the Lions win the AAAA team title and was selected to play in the North-South All-Star matches. Schoebel was a four year letter winner for the Patriots. She was the 2018 Anderson County Junior champion, and was also a SCJGA Upstate All-Star  and finished tenth in the Todd All-Star tournament championship. 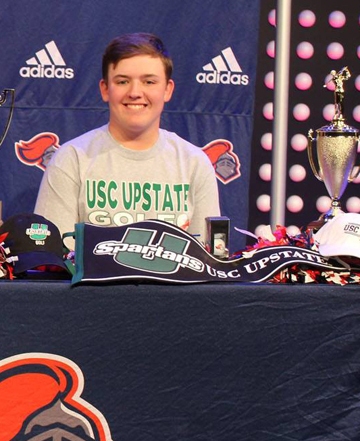 Spartanburg Christian golfer Parker Fain is on his way to USC Upstate. Fain was the runner-up in the Spartanburg Co High School championship and also has a win and four top-10 finishes on the GSA Upstate Tour. 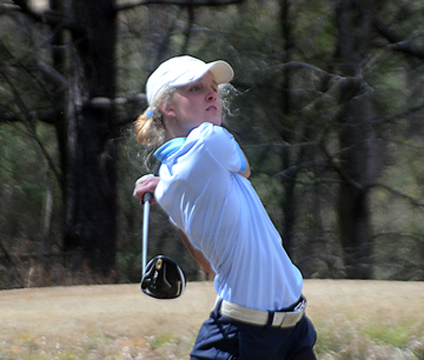 Christ Church golfer Peyton Gillespie will play college golf at Queens University. Gillespie won the SC AAA individual title in 2016 and was the Upper State champion this year and finished tied for sixth in the state championship.