Srinivasan and Phillips on Watch Lists

Furman’s Natalie Srinivasan has been named to the Annika Watch list as one of the top golfers in the country. (GolfClub file photo)

The first names have been added to the watch lists that will lead to the player of the year awards at the end of the college season.

The Annika Award goes to the top women’s college golfer while the Haskins Award is presented to the top male golfer at the end of the college season next spring.

Furman’s Natalie Srinivasan from Spartanburg and Georgia’s Trent Phillips from Boiling Springs are among the golfers selected to be “watched” this year.

Srinivasan made the first Annika Award watch list of the college season.

The Lady Paladin senior won two tournaments this fall and has been honored several times by the Southern Conference for her play.

The 2016 SoCon individual champion followed up the win at the tournament in Toledo with a home course win in the Lady Paladin Invitational played on the Furman golf course.

Through September the Golfweek Pre-season All-American has posted a 70.67 scoring average. 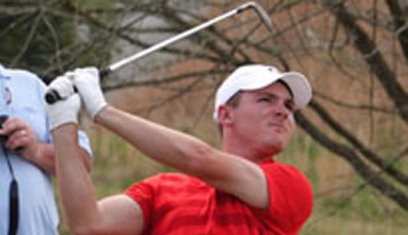 Georgia sophomore Trent Phillips was a freshman All-American and is on the first Haskins Watch List to be considered for the 2020 college player of the year. (GolfClub file photo)

Phillips was on the pre-season Haskins Award watch list and now is among the 18 golfers who are on the list after the first month of the college season.

The three-time SC Junior Player of the Year has helped the Bulldogs to two team titles. Phillips contributed to Georgia wins at the Jim Rivers Invitational in Louisiana and the Crooked Stick Invitational in Indiana.

Last year’s member of the Ping All-Freshman team started the year with a third place finish in the Carmel Cup at Pebble Beach shooting 11-under par.

He finished in a tie for fifth place at the Jim Rivers tournament and earned a tie for 10th in the Nike Golf Collegiate Invitational.

Each award winner is selected by a panel of college golfers, coaches and members of the college golf media in association with Golfweek.