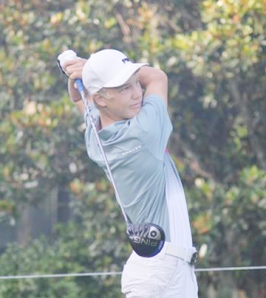 Jordan Warnock won a spot in the semi-finals with two victories on Thursday. (photo from CGA)

Jordan Warnock, who was the boys medalist at the CGA SC Junior Match Play, added two victories and will now play in the semi-final round on Friday.

Warnock from Roebuck defeated Levi Moody 5&4 and Daniel Castleberry 1 up to advance to the semi final round.

“I played really well today and made the putts when I needed to” stated Warnock.  “I am really focused on winning, but I know there are some strong players still in the tournament,” added Warnock.

Nick Willis of Inman will face off against Reed Bentley of Welford in the other semi-final match up. 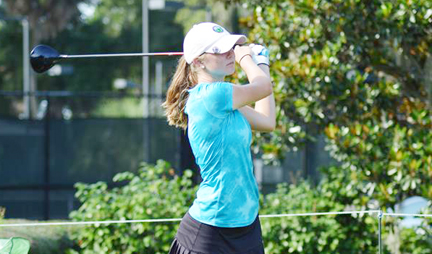 In the girl’s bracket WSCGA Junior Champion Ashley Czarnecki of Mauldin knocked out the defending champion, Morgan Cox of Pickens, 4&3. She also topped Hailey Cleary 3&2 to make the finals.