A combination of a very hot North Carolina State golf team playing on their home course helped end the Clemson Tigers five tournament winning streak. The Tigers finished second behind the host team from NC State at the Wolfpack Spring Open in Raleigh.

The Wolfpack shot 31-under par for the 54 hole event to top the Tigers by 13 shots for the championship. NC State was led by Nolan Mills who won medalist honors with a 13-under par total. Teammate Jacob McBride finished second with a 9-under par total.

Clemson’s Carson Young again led the Tigers. Young finished in third place at 7-under par. Teammate William Nottingham was not able to match his record setting second round score of 62 in the final round. However, the Tiger freshmen finished with the second best Clemson score in a tie for fourth place. 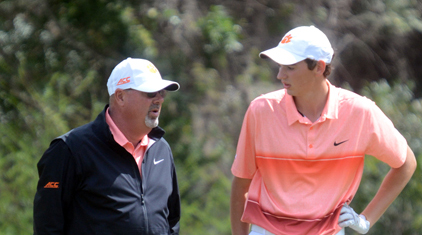 Freshman William Nottingham finished in a tie for fourth place after shooting a Clemson record 62 in the second round.

The win by NC State ends the longest men’s college golf winning streak of the year. Clemson had won five straight events and six of nine during the school year.

Clemson will next play in the ACC Championship to be held at Musgrove Mill near Clinton. The tournament begins on Friday, April 21st.

The Tigers are the second seed in the tournament behind Wake Forest. Clemson, Wake Forest and Virginia will begin play in the championship off the first tee starting at 10:am on Friday.

Clemson is the defending conference champion having won the title last year at the Old North State Club. 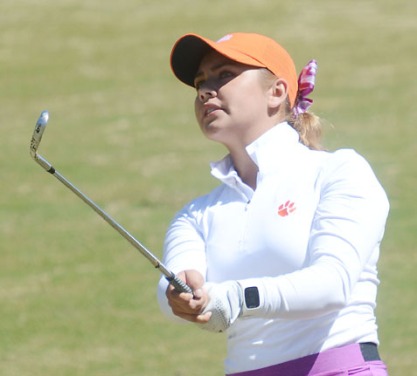 Freshman Ana Paula Valdes finished the ACC Championship at even par and in a tie for eighth place.

The Tigers improved their finish by one place coming in fifth in the tournament played at The Reserve Club on Pawleys Island.

The Tigers started the day in a three way tie for second place behind the eventual tournament champions from Duke. Clemson dropped behind FSU, Miami and North Carolina during the final round. It still was the best finish in the short history of the women’s team at Clemson.

Ana Paula Valdes was the top Tiger in the tournament. The freshman from Mexico shot three even par rounds to finish in a tie for 8th place. Alice Hewson, who had been within two shots of the tournament lead going into the final round fell back into a tie for 11th place.

The Tigers are inline for a spot in NCAA Regional play next month. The Division I Regionals will be played at four locations around the country beginning on May 8th.