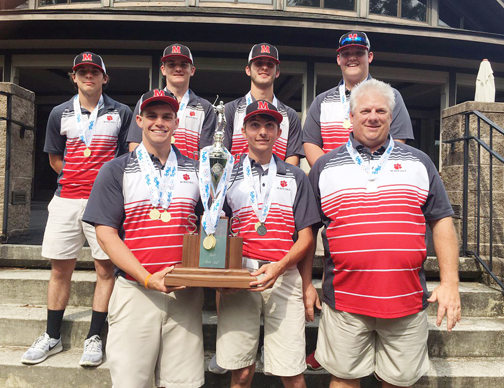 McBee High School won the Class A state championship at Cheraw State Park Golf Course. The Panthers won the title by 71 shots after shooting a 36 hole total of 669.

McBee came close to winning a title last year when they finished in third place one shot behind Christ Church and St. Joseph’s. This year the team left no doubt about which team was the best in the classification.

Two Panther golfers battled for the individual title. Grant Sellers and Grayson Winburn each opened the tournament with rounds of 70.

In the second round Winburn shot a 1-under par 71, but his teammate Sellers was just a little better. The Panther junior carded a 3-under par 69 for a 139 total and a two shot win over his teammate.