Phillips and Bridgeman in top-10 at PGA Jr.

Baseball Hall of Famer Ozzie Smith, Akshay Bhatia, PGA of America President, Paul Levy gather for a photo during the Final Round for the 42nd Boys Junior PGA Championship held at the Country Club of St. Albans on August 2, 2017 in St. Albans Missouri. (Photo by Montana Pritchard/PGA of America)

The 15 year old golfer from Wake Forest, NC set a new tournament record with a four-round total of 266. He broke the existing record set by Pat Perez in 1993 by 5-shots.

“When I started this tournament, I never dreamed I would win by three strokes or beat the record by five strokes,” said Bhatia. “It’s such a good feeling coming off on top, after shooting 61. It’s awesome. I was focused on a number I wanted to get to, which was 22-under,” he said.

The new PGA Junior champion got to his number with birdie putts on number 14 and number 18.

Reid Davenport , of Austin, Texas, a Vanderbilt University commit, finished in second place and was just as amazed by Bhatia’s performance as everyone.

“If you would’ve told me I’d be 19-under and wouldn’t win, I would’ve called you crazy,” said Davenport. 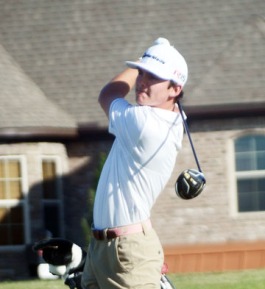 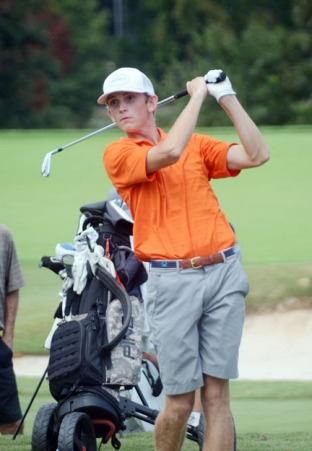 Phillips started the day in third place and finished in the same spot. The SC Junior champion shot a final round 4-under par 68 to finish with a 271 total.

Bridgeman, who was as high as second place during the tournament, finished with a 2-under par 70 for a 277 total and a sixth place finish.