Lea Venable shot an opening round 6-under par 66 and went on to win her sixth Greater Greenville Ladies Amateur title.

Lea Venable defended her Greater Greenville Ladies Amateur title and added to her record five championships with a win at Southern Oaks.

Venable shot rounds of 66 and 69 for a 133 total and a convincing 13 stroke margin of victory over the field.

“I’m a little surprised I was able to play as well as I did,” said Venable. “I have not had as good a summer as I wanted and I decided to make an equipment change right before the tournament,” she added.

Venable has won her championships often on the strength of her short game, but of late her wedges had failed her.

“I decided to go back to an old set of wedges right before the tournament. I practiced with them a couple of days, had them re-gripped and it worked out great for me,” she said. 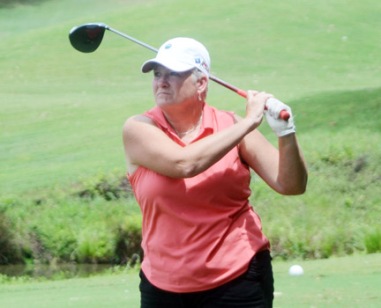 Pam Prescott finished second overall and won the First Flight. The former champion shot rounds of 72 and 74 to finish at 2-over par.

In the first round Venable was able to make 7 birdies with only one bogey. The solo bogey was on the ninth hole.

“There are some holes here that just don’t fit my eye and nine is one of them. I didn’t play the hole well the first day, but I made up for it with a birdie in the second round,” she said.

Venable shot a 3-under par round to finish in front of former champion Pam Prescott for the overall championship.

After five wins it would be easy to believe that a victory in the tournament would not be as important to a player who has won state championships and competed in USGA national events.

“This tournament is important to me. I have played in it since I was very young. You got to remember I finished second a bunch of times and it seemed like I would never win, so winning the sixth championship is as important as the other ones,” said Venable. 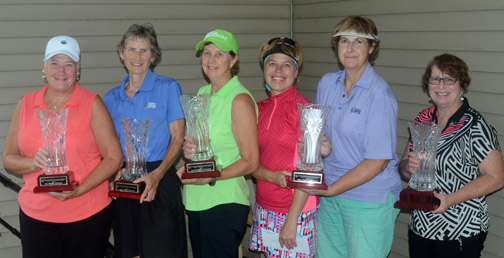 The tournament changed the awards format for the year designating Flight winners instead of age group champions.