Four birdies on the first four holes set up Cole Ponich to jump into the lead in the final round of the 23rd Bobby Chapman Junior Invitational, but it was an eagle on the 17th hole that won the prestigious junior championship for the Utah golfer.

Cole Ponich eagled the 17th hole and birdied the 18th hole to win the Bobby Chapman Junior Invitational at The Country Club of Spartanburg.

“It was the best feeling I have ever had in golf,” said Ponich who has recently finished seventh at the PGA Junior, sixth in the BIG I Championship and the runner-up at the North and South Junior in Pinehurst.

The high school junior from Farmington, Utah started the final round three shots behind first round leader Padraic Sims of Spanish Fort, Al. Sims opened the tournament with a 6-under par 65 to lead the field.

The fast start by Ponich moved him past Sim and gave him a three shot lead going to the final four holes.

“Birdies on the first four hole gave me the surge needed ti stay focused and strong,” he said.

While the fast start put the Utah golfer into the lead, bogeys on the fifteenth and sixteenth hole opened the door for two other golfers to have a chance at the championship.

Will Thomson of Naples, Fl and Luke Dossey of Austin, Tx each shot 2-under par 69s in the final round to reach 5-under par for the tournament 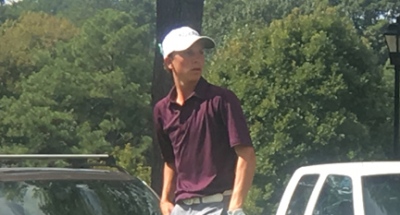 Ponich was a scoreboard watcher in the final round and knew exactly where he stood on the leader board.

Some players don’t want to see the scores, but Ponich said he was watching the leader boards around the course all day.

“I hit a super high cut three wood. I remember running after it and yelling be good, be the club,” he said.

His ball ended up eight feet from the hole. He rolled in the eagle putt to move him back into the lead by two shots over the rest of the field.

“Yesterday I hit it tight on that hole and the putt lipped out. It let the merves calm down for the tee shot on 18,” he said.

Ponich birdied the last hole to make his final victory margin three shots over Thomson and Dossey who tied for second place.

The top local golfer in the field was future South Carolina golfer Harrison Corbin from Boiling Springs. Corbin shot rounds of 71-69 for a 140, 2-under par total and a tie for sixth place. 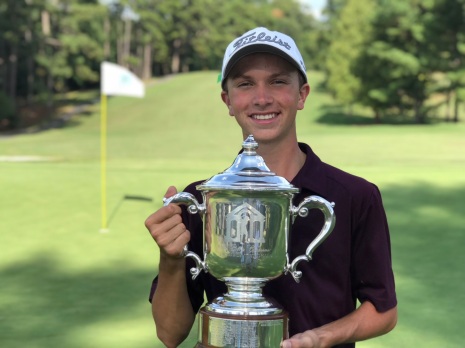 Ponich who has played in top-level junior events around the country realized a victory in the event played at The Country Club of Spartanburg was very special.

“It is hard to put into words how I feel. This is one of the best tournaments around and I can’t wait to come back next year,”concluded the new Chapman champion.