Lexington continued its mastery of the WSCGA Junior Golf Foundation Championship. The Wildcats won their fourth title and did so at a record setting pace.

Lexington posted their second straight round of 220 (four players with three scores counting for the team) to finish 14 shots in front of the team from St. James. 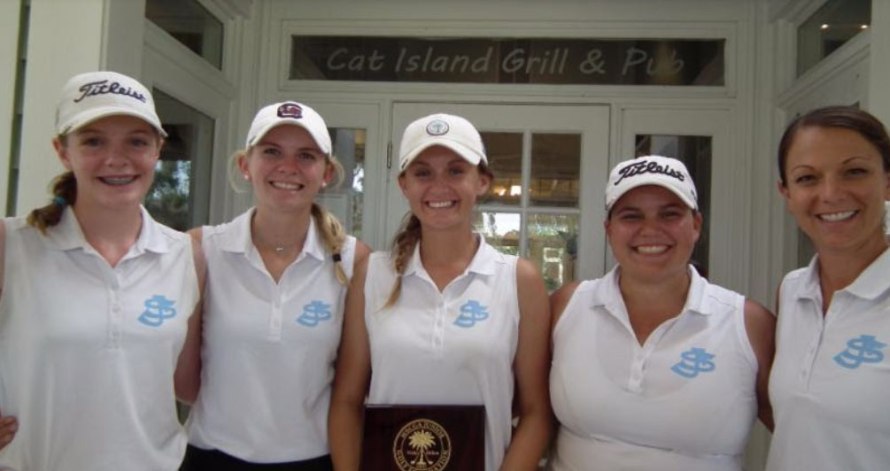 Gracyn Burgess of Lexington continued to show why she has been named the girls golfer of the year by the SCJGA. Burgess added the individual title to her list of summer accomplishments.

The future Clemson golfer shot rounds of 68 and 72 for a 140 total and finished three shots in front of future USC golfer Smith Knaffle from St. James.

During the past summer Burgess won the CGA Junior girls triple crown. She claimed victories in the Vicki DiSantis Junior, the CGA Twin-State Championship and the CGA Girls Championship.

“This summer has been a blessing for me,” said Burgess. I am so thankful for everyone who has helped me. My name may be on the trophies, but I didn’t do it alone,” she said.

In addition to the victory Burgess received invitations to play in the Eggland’s Best Ladies Classic and the Peggy Kirk Bell Tournament of Champions. 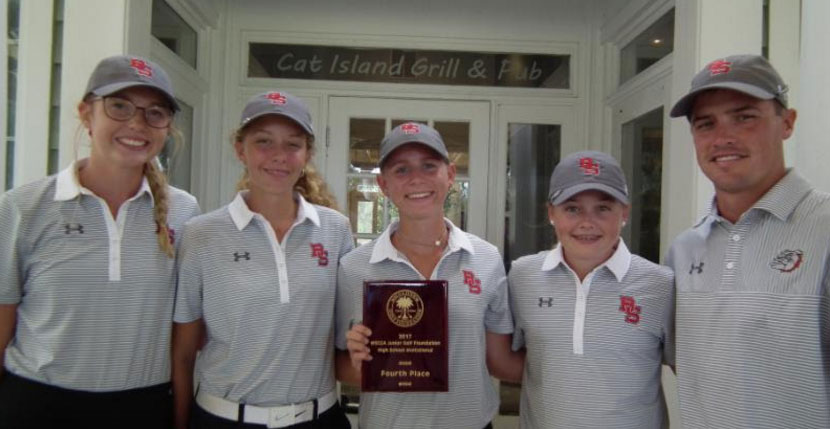 The Boiling Springs Bulldogs finished fourth in the championship.

Emily Dunlap of Mauldin had the best final round score with a 3-under par 69 to move up to fourth place while Daniel’s Katie Whitfield finished in fifth place.

After Lexington and St. James the team from Oceanside High School finished the 36 hole event with a 465 score for third place. Rachel Rich, Kayla Bartemeyer, Gaby Martinez and Lexi Lucarelli made up the team.

Boiling Springs High School came in fourth after shooting a 473 total. Amber Amaker lead the Bulldog team with a top-twenty finish. She was joined by Isabella Britt, Sydney Roberts and Caitlyn Cash.

The tournament was held at the Sanctuary Golf Club on Cat Island.

Pictures and some editorial material was provided by the Womens South Carolina Golf Association.