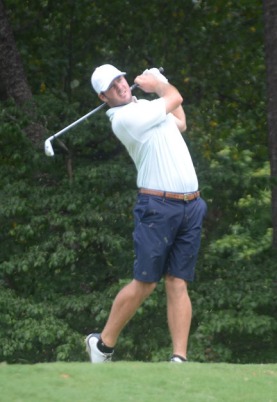 Thomas Todd from Laurens finished in a tie for second place at the end of stroke play at the USGA Mid-Am. (File Photo)

Thomas Todd finished in a tie for second place at the end of the stroke play portion of the US Mid-Amateur in Atlanta.

The golfer from Laurens shot rounds of 71 and 66 for a 137 total and is in a three way tie for the second seed.

Todd finished one shot behind medalist Bradford Tilly of Easton, Connecticut who shot a 136 total.

Also earning a spot in match play is Todd White of Spartanburg. The former Walker Cup player finished in a tie for 28th place after stroke play.

White will begin match play taking on Sam O’Dell from West Virginia. O’Dell is a three time West Virginia amateur champion. The pairing tees off at 9:20. 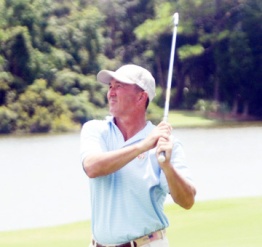 Todd White tied for 28th after stroke play and will be in the field of 64 at the US Mid-Am. (File Photo)

Todd will not find out who he will match up with until a playoff completes the field. Twenty five players will compete for 15 spots in the match play draw on Tuesday morning. Todd and his opponent are scheduled for an 11:20 tee time.

The Mid-Am championship is being played at the Capitol City Club in Atlanta.