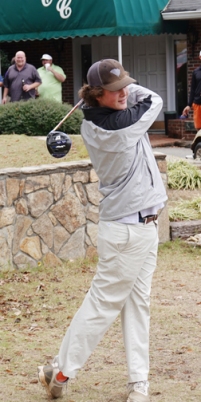 Perry Hartin teamed up with his father to win the Smoke the Oaks tournament at Southern Oaks. (File Photo)

The name of the tournament is “Smoke the Oaks” at Southern Oaks and several teams did just that.

The father and son team of Mike and Perry Hartin earned a 4-shot lead at the end of the first round. The two golfers shot a 10-under par 62 to hold the lead over two teams.

Todd Reid and Brad Hawkins along with Garland Ferrell and Jimmy Wilson each shot first round scores of 6-under par 66.

Reid and Hawkins posted a 63 to finish in second place three shots behind the winners. Ferrell and Wilson carded a second round 64 to finish third.

The best second round and best score in the tournament was turnedinby the team of Joey Patterson and Dave Ellington. The team won the second flight after shooting an 11-under par 61 in the final round. 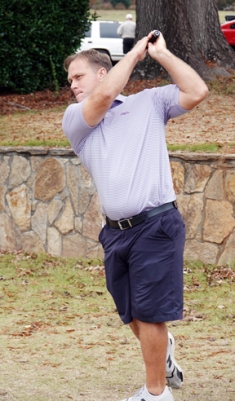 Mike Hartin and his son Perry have not teamed up to win two 2-man tournaments. (File Photo)

Jim Foster and Wade Walker shot a final final round 62 to win the third flight.

This was the second win for the father and son team. Earlier this year they won the Jimmy Evatt Memorial Texas Two-Man at Pickens Country Club.