Hear from The Blade Junior Classic winner Mason Tucker after his victory in the tournament played at Green Valley Country Club. 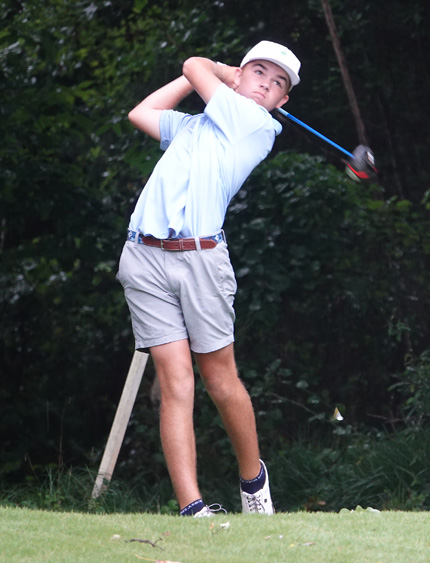 Mason Tucker shot an opening round 7-under par 65 and won a playoff to claim the 2019 Blade Junior Classic title. (GolfClub Photo)

Lightening got the best of the second round of The Blade Junior Classic and kept golfers from finishing the full 36 hole tournament at Green Valley Country Club.

The girls and boys champions were decided based on first round scores. Neither the boys or girls were able to complete the second round after the second lightening delay of the day.

The combine time lost would have made completing the final round impossible before dark.

He added the boys title at The Blade to his summer accomplishments..

While the girls championship was decided by first round scores Tucker and David Coker from Hartsville finished the opening round with identical scores.

The two golfers carded rounds of 7-under par 65 in the first round to hold a 4-shot lead over the rest of the field.

“It really was a special round for me. All my putts were falling in. The hole looked as big as a paint can. It definitely was one of the best tournament rounds I have ever played,” said Tucker.

Coker played just as well. Instead of sharing the title the two golfers had the opportunity to play for the win during a break in the bad weather. 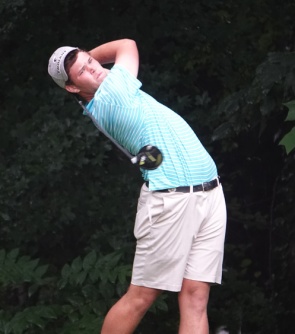 David Coker had the lead in the second round of The Blade Junior Classic when play was cancelled because of lightening. (GolfClub Photo)

The two had only completed play on four holes in the second round, but Coker had opened a two shot lead over Tucker that was washed out when the round was canceled.

Tucker only needed to play the 18th hole just once to win the boys title.

The rising junior at Lancaster High School hit a perfect drive, but his approach shot bounced over the green leaving him with a delicate pitch from below the hole.

“It was one of the best chip shots I have ever hit,” said Tucker. “I hit it into the slope to take a little speed off it and it almost went in,” he said.

Coker had missed the fairway with his drive. His second shot ended up in front of the green and his chip left a 12 foot putt for a par.

With Tucker’s putt all but in the hole, Coker needed to make his putt to keep the playoff going.

His putt drifted by the hole and Tucker tapped in the 2-footer for his second big win in as many weeks.

“I had not played my best golf the last few months, but winning last week and backing it up with a win here is special and something I will remember for a long time,” said Tucker. 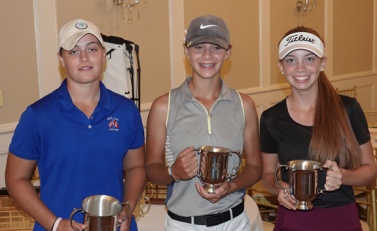 The girls division only completed 11 holes of play before the golfers were called off the course.

Schimpf, the 2018 SCJGA Girls Player of the Year had expanded her lead to three shots when play was suspended.

However her play in the second round did not figure into the final score.

“I kept the ball in play the first round and took advantage of my chances on the green,” said Schimpf. “I would have liked to finish the tournament, but that wasn’t possible,” she said.

Molly Hardwick from Lexington and Alexia Siehl from Fort Mill shot rounds of 3-under 69 to tie for second in the championship.

The younger age groups completed their play on the first day of the tournament. The Boys 10-12 year old division was won by Hugh Faulkner who finished one shot in front of Tip Price for the age group title.

The girls 10-12 year old title was won by Madison Messimer. 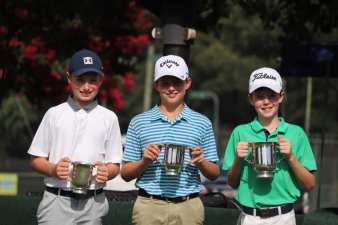 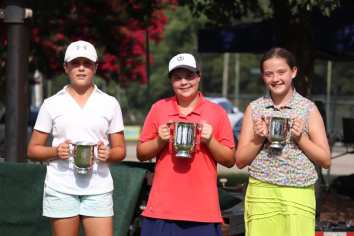