The Greenville Country Club has a great deal to celebrate in 2020. The club was founded 125 years ago and the highly regarded Chanticleer course was opened 50 years ago.

As part of the celebration the club, which has a long and rich history with many traditions, has added a few more during this special year.

As a way to pay special honor to club champions Greenville commissioned a special tartan jacket and medal to be awarded to the champions.

The jacket is a Ferguson tartan. The pattern has special significance to the club as the first golf professional at Greenville was Dave Ferguson who was hired 100 years ago.

SCGA Hall of Fame and Greenville Country Club member Heyward Sullivan recalled being a 12 year old learning the game from the stern Scotsman.

“He was a very good teacher,” said Sullivan. “His accent was very distinctive and he was really strict about some things,” he said.

Ferguson served the club for 30 years as head professional. He left his mark on the club and especially on the golfers he taught.

“Ferguson used to say, Laddie, the short game will help your long game, nay the long game will never help the short game. He wanted you to practice chipping and putting more, and he was right,” said Sullivan.

Greenville has the distinction of being the longest continuing golf club in South Carolina.

“Mr J.E. Sirrine was club president for 30 years,” said Kelly Odom, the chairman of the club’s History and Traditions committee. “During the depression when other clubs suspended operations Sirrine made up the money needed to keep the club operating during the difficult times,” he said.

When the club decided to add a second course famed architect Robert Trent Jones, Sr. was hired to design the Chanticleer course.

According to legend, building the course was easier than coming up with a name for the new 18. 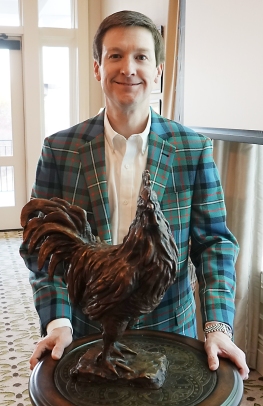 When the Chanticleer name was offered some of the Greenville board members didn’t like the suggestion.

As many things in South Carolina a faction of the board were Clemson fans and did not want their course named after a “chicken.”

It took some coaxing and a lesson from the Canterbury Tales about the Chanticleer and the Fox to convince the Clemson faction that the Chanticleer wasn’t a Gamecock, but a proud and handsome rooster.

“Actually the course was probably named for the Chanticleer subdivision that was on one side of the course,” offered Odom.

However the name was chosen a Chanticleer came to represent the course and this year a bronze rooster was created by Greenville artist and sculptor Charles Pate Jr. It will be placed on the course to celebrate the 50th anniversary.

“The bronze Chanticleer will be near the tenth tee. It is the highest point on the course and one of the first places the sun hits the course,” said Odom.

While the club will spend much of the year celebrating the history and the tradition of the club the role Greenville has played in the development of the game in the Carolinas will also be remembered. 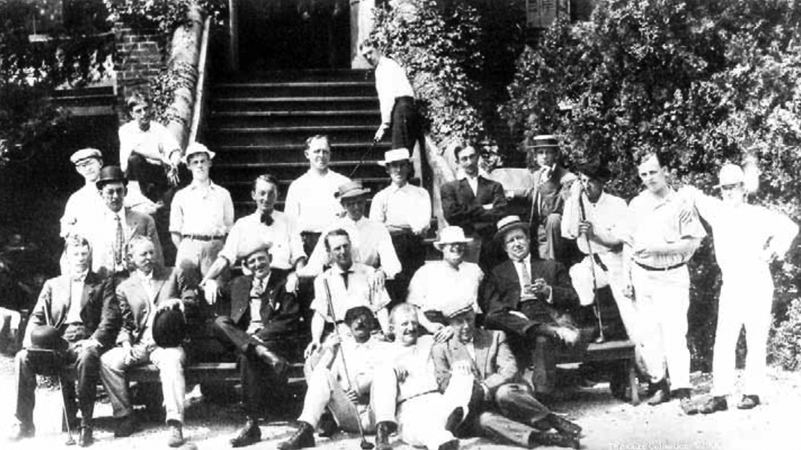 The first Carolinas Amateur was played at the Sans Souci Country Club (Greenville Country Club) in 1910.

Greenville was one of the founding members of the Carolinas Golf Association. It hosted the first Carolina Amateur and has been a long standing partner of the CGA and the SCGA by hosting countless championships.

Since 2011 the club has hosted the nationally ranked Chanticleer National Senior Invitational which has added to the club and course’s reputation.

“I think our club and boards and active members of our club have always been interested in promoting golf and associating ourselves with the CGA and the SCGA. I think our club has been active in that area and it has been good for us and good for golf,” said Sullivan.

The Champions Dinner honored tournament champions from the 2019 season and the living former men and women club champions.

Several other anniversary events are in the planning stages to include a tournament on the official 50th anniversary of the course opening on September 12, 1970.

Kelly Odom, the Greenville Country Club’s History and Traditions Chairman talks about the club as it celebrates its 125th anniversary.