Gray leads SC Amateur into the final round

Defending champion Tyler Gray has a one shot lead entering the final round of the SCGA Amateur at the Columbia Country Club. (SCGA Photo)

Tyler Gray is in position to do something that hasn’t been done in almost 20 years.

Gray is one round away from being the first golfer to win back-to-back SC Amateurs since D.J. Trahan won the 2001 and 2002 championships.

North Greenville University golfer Evans Lewis shot a second round 7-under par 65 to card the low round of the tournament. (SCGA Photo)

The Coastal Carolina golfer takes a one-shot lead into the final round of the South Carolina Amateur at the Columbia Country Club.

Gray had to finish the final two holes of his second round on Saturday morning.

His two-day total of 137 left the defending champion in third place trailing second round leader Evans Lewis by 3-shots.

The North Greenville University golfer took the lead at the halfway mark of the tournament by shooting the best round of the championship so far.

Lewis carded a 7-under par 65, but lost his lead early in the third round when he bogeyed 2 of his first four holes.

Christian Salzer from Sumter was second at the end of the second round. He took over the lead when Lewis faltered and the  NC State golfer birdied two of his first four holes.

Gray eagled the 6th hole and added a birdie on number nine to trail Salzer by a shot at the turn. 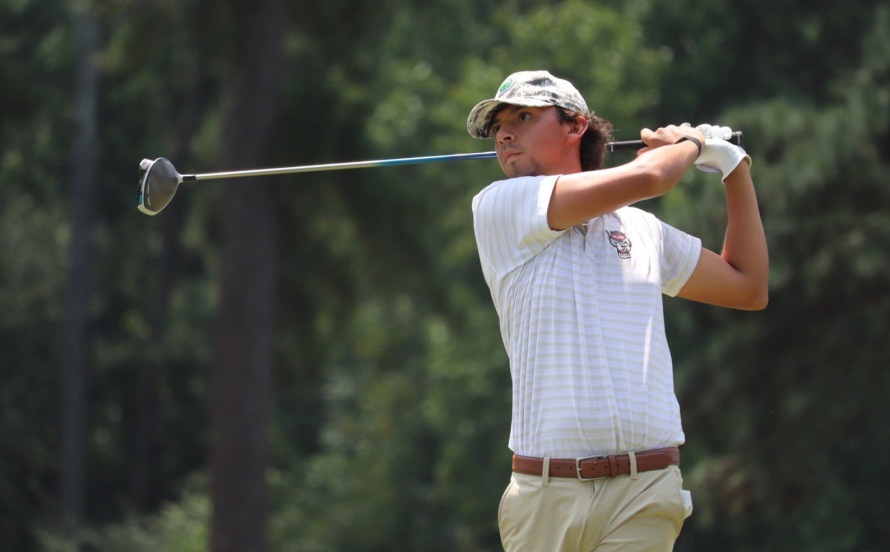 Christian Salzer is one shot off the lead going into the final round of the SC Amateur. (GolfClub Photo)

On the back nine Salzer was able to hold the lead until the 15th hole.

Gray made his second eagle of the round, while Salzer stayed even with the defending champion by carding a birdie on the same hole.

Both golfers were at 12-under par until Salzer bogeyed the 17th hole while Gray parred out to finish the third round with a one shot lead. 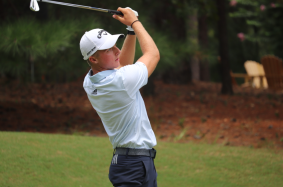 Early tournament leader 16 year old Jonathan Griz is tied for third place going into the final round of the SC Amateur. (SCGA Photo)

Kyle Bearden and early first round leader Jonathan Griz shared third place after each golfer shot 68s to go into the final round at 9-under par, three shots off the lead.

Second round leader Lewis dropped back into a tie with Gamecock golfer Jack Parrott for fifth place at 7-under par.

The final pairing of Gray, Salzer, Bearden and Griz will begin their final round at 10:15 Sunday morning.

In addition to being the first golfer to successfully defend his title in almost 20 years, Gray could join a select group of five other golfers who have won consecutive championships since the format was changed to stroke play in 1958.

Only former Clemson golfer Lucas Glover, the  2009 US Open Champion, has ever won three state amateurs in a row.

Complete scores and final round tee times are available at  https://www.golfgenius.com/pages/2495464