May and Evans lead SC Juniors

The boys championship is being played at the Links at Stono Ferry near Charleston. The boys final round will be played on Thursday.

The girls junior championship is being held at the Greenwood Country Club and the first round was completed on Wednesday. 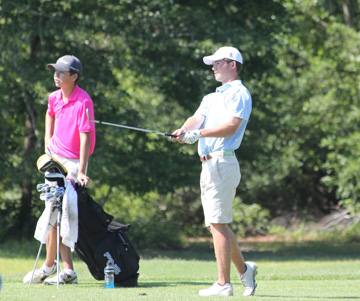 James May of Ninety Six shot the best round of the tournament so far when he posted a 6-under par 66 in the second round. (Photo by Allen Knight, SCGA)

James May of Ninety Six has the lead in the boys tournament while Baylee Evans of Lancaster is on top of the girls leaderboard.

May, who finished 10th in last year’s junior, shot a second round 6-under par 66 to take a four shot lead over the field.

“This is the best tournament round I have ever shot,” said the young golfer. “I hit all the greens today and made a few long putts,” said May.

The soon to be junior at Ninety Six combined his first round 72 for a two day total of 138.

Fountain Inn’s Colby Patton and Tyler Gray from Lugoff are in second place. Patton carded a 3-under par 69 in the second round while Gray was 2-under 70.

Trent Phillips of Inman and Patrick Golden of Murrells Inlet are another two shots back in a tie for fourth. 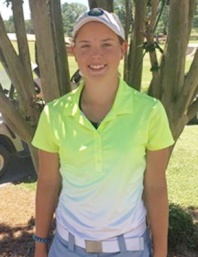 In Greenwood Baylee Evans shot a 2-under par round of 70 to hold a one shot lead over Katie Whitfield of Clemson and a two shot lead over Delanie Mortier of North Charleston.