Totland and Chen start at the top

The two golfers shot their second straight 6-under par 66. They are tied with two other sides as match play begins on Monday.

Totland and Chen will match-up with Kelly Contreras and Allison Howarth in morning match at 10:24. The championship is being played at The Dunes Club in Myrtle Beach. 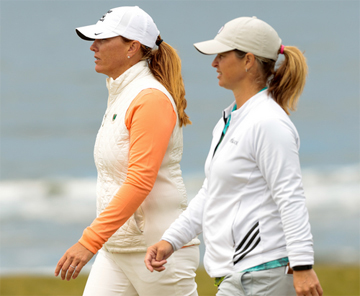 Dawn Woodard and Meghan Stansi match up with one of the teams that tied for the top spot in stroke play in the first round. (File Photo)

WSCGA champion Dawn Woodard and her partner Meghan Stasi will have a 7:12 tee time after finishing in a tie for 28th place following stroke play.

The Thornblade Club golfer and partner will play Hailee Cooper and Kaitlyn Young one of the teams that tied with Chen and Totland for the top spot.

At the men’s Four-Ball championship being played at Pinehurst the team of former champions Todd White of Spartanburg and Nathan Smith of Pittsburgh finish the stroke play portion of the championship in a tie for ninth place.

Todd White and Nathan Smith won the first USGA Four-Ball Championship and they have made match play for the 3rd tournament. (File Photo)

White and Smith shot a 5-under 67 on Pinehurst #8 to qualify for match play. The team will face Andrew Medley snd Ken Tanigawa in a match scheduled for 9:24.

The USGA has provided live updates on both tournaments at http://www.usga.org. 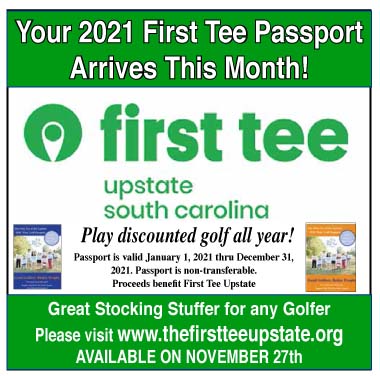