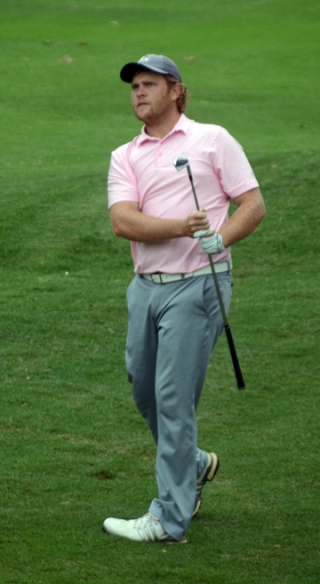 Brad Sill has won the GGO and the Southern Oaks Open in the last month.

During the last month or so Brad Sill may be playing some of the best golf of his life.

He has won two local tournaments, a pair of Upstate Tour wins, a Mountain Tour victory and came within a shot of qualifying for a Web.com Tour event.

“I think I am just playing smarter golf. I am using my head a lot more,” said Sill after winning the Southern Oaks Open.

Sill shot an opening round 6-under par 66 to tie for the lead. He followed the strong first round up with an even better second round.

Sill shot an 8-under par 64 to win the Open by four shots.

“I didn’t start very well, but I got going around 11 and really played well the rest of the way,” he said.

Sawyer Mills finished second after shooting a final round 7-under par 65 for a two day total of 134.

“I played well and got even with him by the 11th hole, but then he just took off,” said the Winthrop University golfer.

Sill birdied seven straight holes to create his four shot victory margin. He had to go low because there were many low scores on the final day at Southern Oaks.

The group of four golfers Sill played in collectively shot 22-under par in the final round. 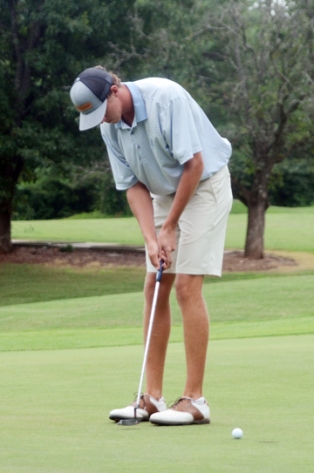 Sawyer Mills shot a final round 7-under par 65 to finish second at Southern Oaks.

The other two players in the final group also played very well. Weston Bell finished fourth after shooting a 2-under par 70 while Doug Ramey finished 5-under par with a 67 for third place.

Sill posted his other local victory at the Greater Greer Open. He shot rounds of 2-under par 70 and 4-under par 68 to hold off Derrick Oyervidies and win by a shot.

The success Sill has had in local Open and Pro events has him thinking of trying to qualify at a few more Web.com Tour events.

“Things are going well right now, so I might as well give it a try and see how far I can go,” said Sill.

David Hall made a hole-in-one on number #4 with a 9 iron. It was witnessed by Logan Hall, Kenny Pruitt and David Coleman.