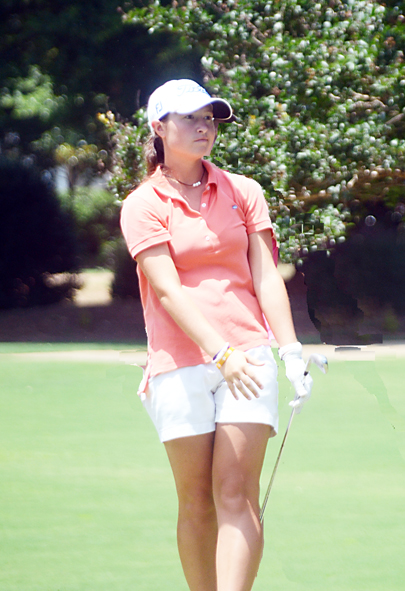 Gracyn Burgess of Lexington had a three shot lead going into the final round of the WSCGA Junior Championship.

She needed every one of those strokes to hold off Katie Whitfield and Isabella Rawl to win the state championship.

The future Clemson golfer made the turn at Wescott Plantation and was still up by three strokes, but Whitfield and Rawl stayed close to the leader.

On the back nine things got interesting for the three leaders. Whitfield made  four birdies including one on the final hole to finish at 1-over par.

Rawl, who is just 13 years old, shot even par on the front, but struggled to start the back nine. A double-bogey and a bogey put the Lexington golfer at 4-over par and six shots behind her high school teammate.

It looked like Rawl might have shot herself out of the championship, but she birdied the 17th hole and eagled the 18th hole to finish at 1 over par.

Playing in the same group Burgess saw her lead narrow. A bogey on the 16th hole and another on the 18th hole left the reigning SCJGA Player of the Year at even par for the tournament and a one shot victory.

Whitfield shot the best round of the tournament with her final round 68. She and Rawl finished at 1-over par 217 for the 54 hole event.

Defending champion Baylee Evans of Lancaster finished in fourth place at 218 while Jodee Tindal of Rock Hill was fifth.

Three golfers finished tied for sixth place. Phoebe Carles of Clinton shot a final round 3-under par 69 to finish in a tie with Rachel Rich of Mount Pleasant and Elle Johnson of Inman at 222.