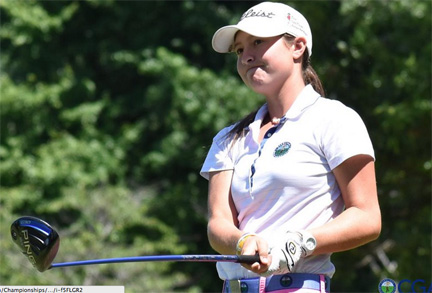 Gracyn Burgess looked like she had her second straight CGA Twin State girls championship locked up until the final hole.

Entering the final round the future Clemson golfer trailed first round leader Phoebe Carles by a shot.

While Carles faded Burgess was able to move ahead and take the lead.

The Lexington golfer had a two shot lead over Elle Johnson of Inman and Michelle Harn of Charlotte going to the 18th hole. However a double-bogey on the par-5 finishing hole meant Burgess was tied with Harn. 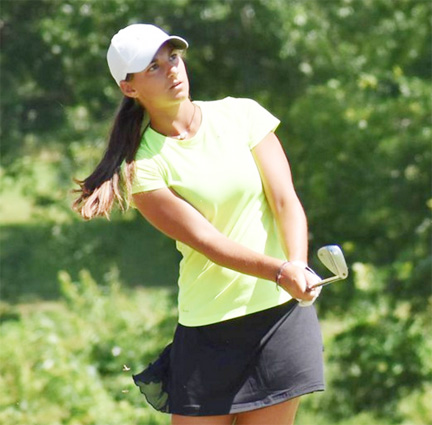 Inman’s Elle Johnson birdied her final hole to earn a spot in a playoff. (CGA Photo)

Johnson began the final round on the 18th hole in the shot-gun start format. Her last hole was the par-3 17th hole. She birdied the hole to also finish at 3-over par and joined the playoff.

On the first playoff hole Burgess was able to par the hole to win the tournament for the second time.

Burgess became the first golfer to win back to back titles since 1986 and 1987 when Barbara Coosa was the champion.

“This tournament always has a great field,” said Burgess. “It means a lot to be playing out here in one of the toughest fields in North and South Carolina. To win it not only once, but twice, is very cool,” she said. 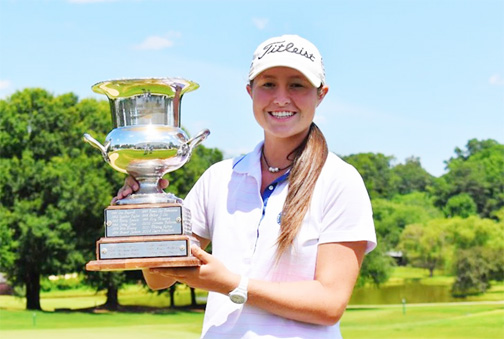 Burgess is the first back to back winner of the Twin-State tournament since 1986-1987. (CGA Photo)

The best round of the tournament was turned in by Spartanburg’s Anna Morgan. After a difficult first round the Carolinas PGA Junior champion carded a 3-under par 69 and moved her up to eighth place.

First round leader Carles finished in a tie for ninth place.

The tournament was played at Starmount Forrest Country Club in Greensboro.