Weary and McBride, Burgess and Evans win The Tradition 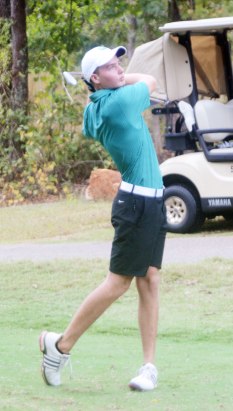 Drew Weary was part of the winning boys team at The Tradition.

Last year Drew Weary and Brandon McBride left Pebble Creek disappointed after missing a chance to win The Tradition on the final hole.

Since that time the two golfers from Bluffton have pointed to this year’s tournament to have the opportunity to erase the bad memory of a three-putt final green.

“There is no doubt that we left here feeling bad about the way we lost,” said Weary. “It is something we have been thinking about and talking about all year long. We couldn’t wait to get back here,” he added.

The two golfers picked up where they  left off last year at the course in Taylors. The 2016 runner-ups carded an 11-under par 61 in the first round to hold a four shot lead over the team of Brady Hinkle of Lancaster and Nicholas Mayfield of Rock Hill. 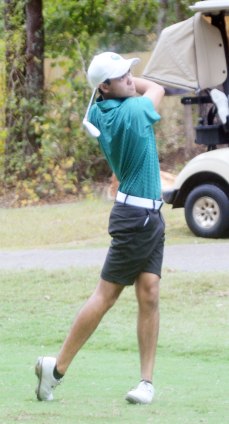 Brandon McBride was part of the winning team at The Tradition Four-Ball played at Pebble Creek.

In the second round, however it was Hinkle and Mayfield who put red numbers on the scoreboard. The two made up the 4-shot deficit and took a one shot lead when they made their ninth birdie of the round on the 16th hole.

“We knew it was close and we needed a birdie on 18 so we played it smart off the tee and used an iron,” said McBride.

The strategy worked as Weary and McBride had their third shot end up about eight feet from the hole. They made the birdie putt to force a playoff.

It took just one extra hole for Weary and McBride to get the victory.

“We played the 18th hole again and we played it the same way we did before. This time we made a two putt par for the win,” said Weary.

The team of Austin Mosher from Mt Pleasant and Zach Reuland from Rock Hill finished in third place. 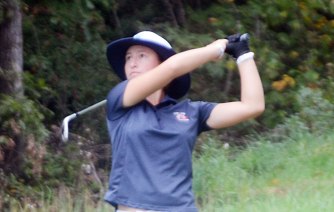 Gracyn Burgess had a new partner, but the result was the same as she was part of the winning team at The Tradition.

Gracyn Burgess and Baylee Evans shot a final round 5-under par 67 to win the girls championship by a single stroke.

The two Greenville golfers shot an opening round 6-under par 66 to hold the first round lead by a stroke over the team of Kerrington Lamb of Easley and Chloe Holder of Williamston.

In the second round Dunlap and Lyvers carded a 1-under par 71. The team bogeyed the final hole giving Burgess and Evans the chance to claim the victory.

Burgess and Evans started the final round in third place and had to make up three shots to catch the leaders.

Burgess birdied the 17th hole and then the team parred the final hole to finish one shot ahead of the team of  Dunlap and  Lyvers.

Burgess, who is the reigning SCJGA Girls Player of the Year, was a part of the winning team in last year’s tournament. She and Jodee Tindal teamed up to win last year.

The team of Lamb and Holder finished in third place.

The Tradition Four-Ball championship began in 1995. US Open champion Lucas Glover was on the first winning team.

In the 22 year history of the event many future college and professional golfers have played in the tournament. The event has been held at Pebble Creek every year.

Past SCGA President Rick Vieth help found the championship and the players compete to be recognized on the Rick Vieth Trophy as winners of this tournament.

Drew Weary and Brandon McBride won the boys tournament at The Tradition.